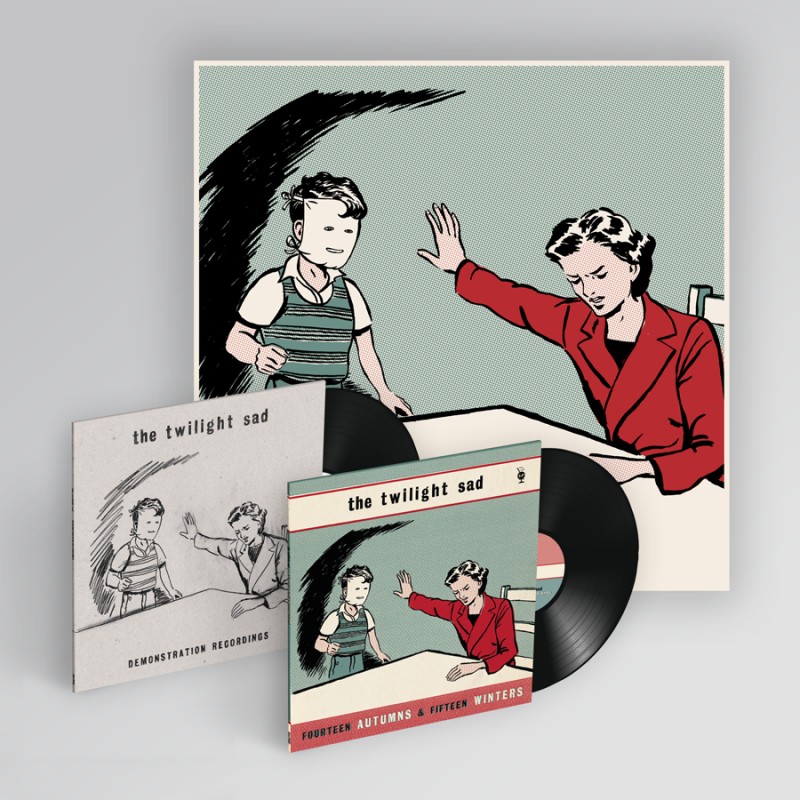 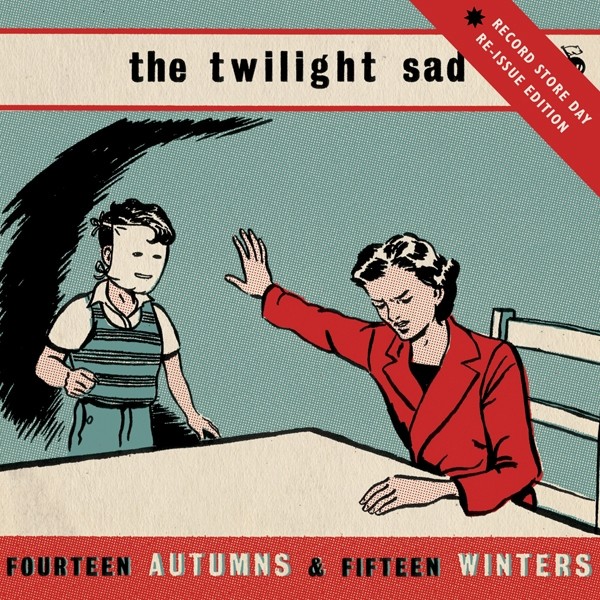 As a special Record Store Day release, the debut album from The Twilight Sad is being reissued as deluxe double vinyl package. Included with the original LP is a second disc of previously unreleased 'Demo' tracks from the album session. A 24" x 24" large full colour print is also included, along with 320k mp3 download coupon.

Fourteen Autumns and Fifteen Winters', is the Twilight Sad's debut album - an LP that more than lives up to the early promise of their critically acclaimed US-only 2006 EP. Epic in scope and equally as intense, the band are inspired by a diverse range of music from Van Dyke Parks to Phil Spector, Daniel Johnston, and beyond, although the band are as influenced by their immediate geography ('the sticks just outside Glasgow'), as they are any particular musical reference points. Recorded at Chem 19 and Ca Va studios, Glasgow, and mixed and produced by the band and Peter Katis (Interpol, Mercury Rev, Mice Parade) in Tarquin Studios, Connecticut, 'Fourteen Autumns...' is nevertheless liable to evoke a more familiar indie canon, from white-noise era Creation Records, to fellow Scots Arab Strap or Mogwai.