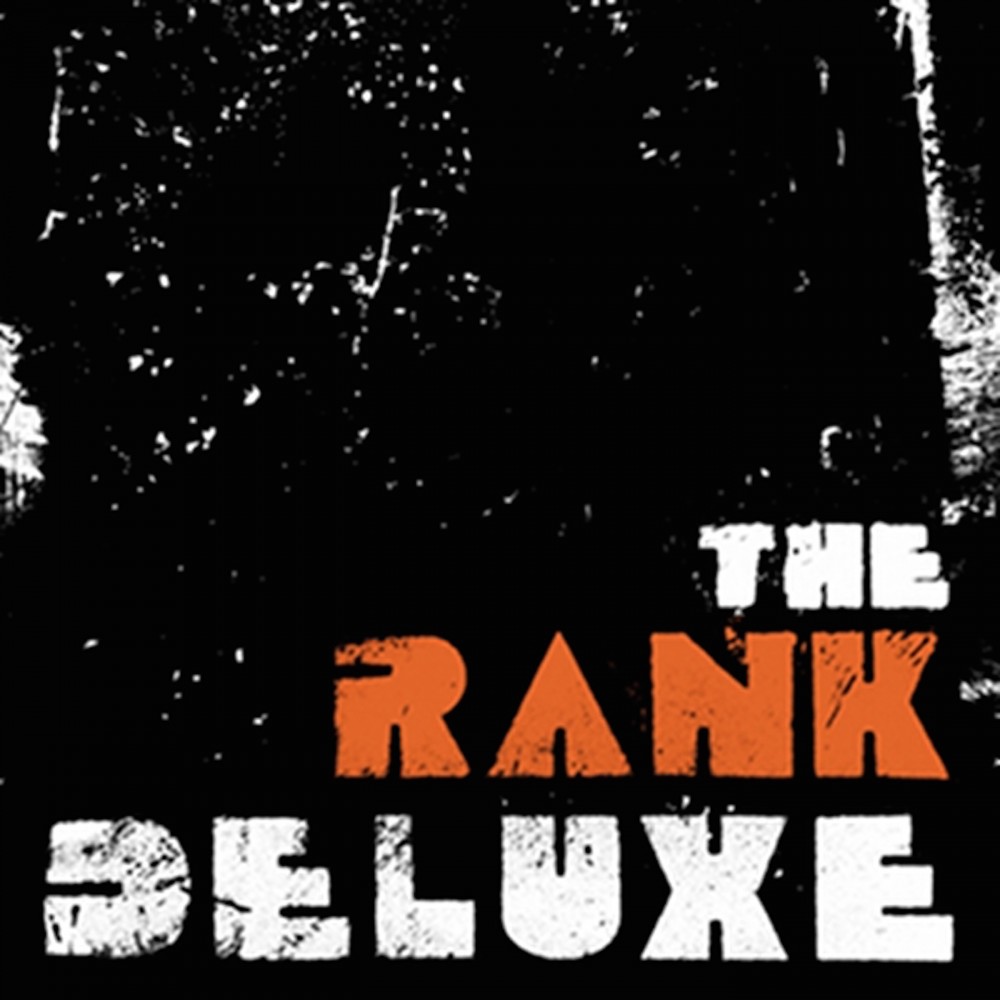 Out 5th June 2006, the debut single from The Rank Deluxe, ‘Doll Queue’, is also the first in a series of three Rank Deluxe 7”s, released on FatCat over the following months. Taking a no-nonsense, live approach to recording, what often amounts to empty posturing is backed up by a strong sense of identity, and an aptitude and commitment beyond the band’s short lifespan.

The band’s name is a quote from a glamour model overheard entering a strip club. "This place is so rank deluxe" she said; apparently she meant the height of scum. Drawn to the multiple implications, they took the phrase as their own. The band comprises four 20 somethings from south east London; Rich Buchanan on Lead Vocals, Lew Dyer on Lead Guitar, John Wallis on Bass, and Chris Ballard on Drums. Lew and Rich grew up on the same estate in Thamesmead, south east London, and the bands current line up formed early in 2005. The band refer to their music as “a sonic picture of council estate youth”.

The band write music about life as young Londoners. They write songs using the subject matter of their own lives, which is sometimes abstract but always honest. Citing influences as disparate in genre as reggae, ska, punk, and rock n roll, The Rank Deluxe are confident, assured, pop savvy and uncompromising in a candid, unpretentious way, their songs varying in style from fast punk to stabby, dub rhythms. Their music aligns itself with the social commentary of UK based artists such as The Specials, Gang of Four, or even Ian Dury and The Blockheads; the energy of the music shares as much of an affinity with Chuck Berry, or old school punk.

The Rank Deluxe are a band that follow their own ideas, steering away from fashion statements or stereotypes, allowing the songs or gigs to do the talking. Frenetic, rough and ready gigs, full of youthful exuberance, are sometimes mis-interpreted. They often play amongst the crowd, and love to get people on-side, though on occasion, the band unwittingly divide their audience. Unafraid of this polarisation, the band embrace it, fully committing themselves to each live show.