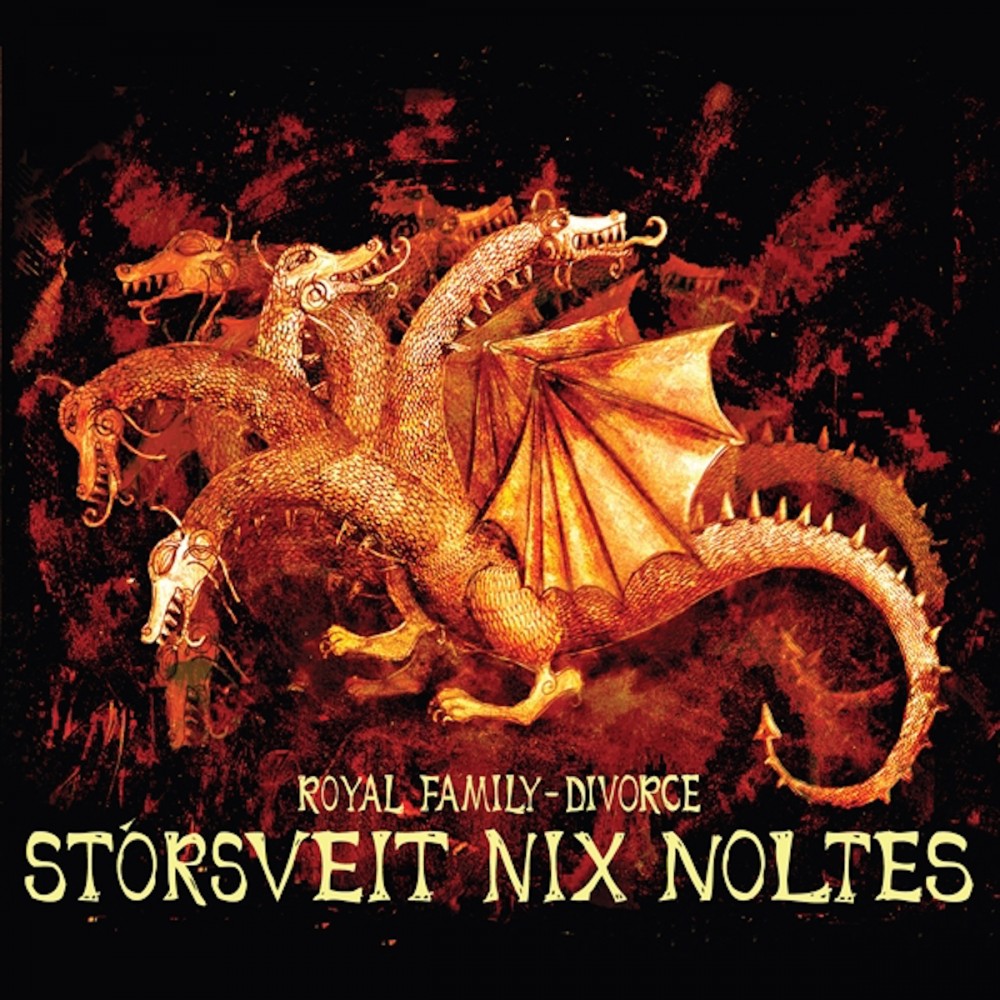 A collective of some of Iceland’s most recogniseable musical collaborators and composers, including members of múm, Benni Hemm Hemm, Lost in Hildurness, Númer Null, rúnk, Kanada, Hestbak and Kria Brekkan, Reykjavik’s 11-piece Balkan-folk ensemble Stórsveit Nix Noltes (“Stórsveit” translates to “big band”) began life in the free improv/composition class of guitarist Hilmar Jensson at the Iceland Academy of the Arts as a uniting fascination with traditional music of Bulgaria and surrounding states. The group’s initial performances at their school (where they were advised to “tone down” by the faculty members), late-night parties and local venues saw their audience and repetoire swell exponentially, and Stórsveit Nix Noltes has, since then, continued to evolve into the madly intense sonic revelry evidenced by their brilliant new album ‘Royal Family – Divorce’. Performing with brass, accordion, strings and rock instruments, the group consistently weaves both studio work and live performances – from their intimate home environments to large-scale venues - into a engulfing, exhilarating energy.

After debut record ‘Orkideur Havaí’ was released on local label 12 Tónar in 2005 to a small but beguiled audience (including, among others, Mice Parade’s Adam Pierce, Animal Collective and Emiliana Torrini – all of whom have invited the group to tour with them), Stórsveit Nix Noltes expanded to their present line-up and began work on second album ‘Royal Family – Divorce’, destined for a domestic self-release in December 2007 and FatCat international release in April 2009. Recorded in a tiny cottage just outside Reykjavik at the end of August 2006, the result is a recurrently heart-melting, anthemically stirring set of Eastern-European orchestral adventures and a rhythmically exhilarating thunder; a dynamically arresting, self-produced exploration of traditional Balkan folk pieces that the group spent a great deal of time researching, selecting and arranging before committing to tape; a record that encourages as many wild nights dancing as it does revering headphone listens.

This set of traditionally-rooted pieces was so nearly left unheard outside of their home countries that for Stórsveit Nix Noltes to have recovered and presented them with such a rousing passion and remarkably skillful, sensitive musicality is like a little reward for the listener (not to mention the songs themselves) on every voyage through ‘Royal Family – Divorce’. Never losing any sense of the pieces’ playfulness, complexity or cultural birthright, the group’s own idiosyncracies and creativity shine through in the instrumentation and arrangements, the raw energy and dedication thrown into this record.

It would be a difficult undertaking to find easily-categorisable reference points for this band. Beirut, A Hawk And A Hacksaw and The Black Ox Orkestar share a similar interest in Balkan music, but using these similarities may be too obvious, too undermining of the grand-scale musicianship that was determinedly crammed into a tiny cottage for work on ‘Royal Family – Divorce’. The band offer their own (11-strong) personal musical histories – a lot of the band have studied classical music, jazz, improv, etc. - as influence, and it may be fitting to draw comparison to the Slavic passion and rambunctious energy of Serbian filmmaker Emir Kusturica, but what we have in Stórsveit Nix Noltes is something that stands beyond past and future, beyond Bulgaria and Iceland, beyond academic and indie music, and ends up somewhere in the stratosphere.