The Age Of Oddities 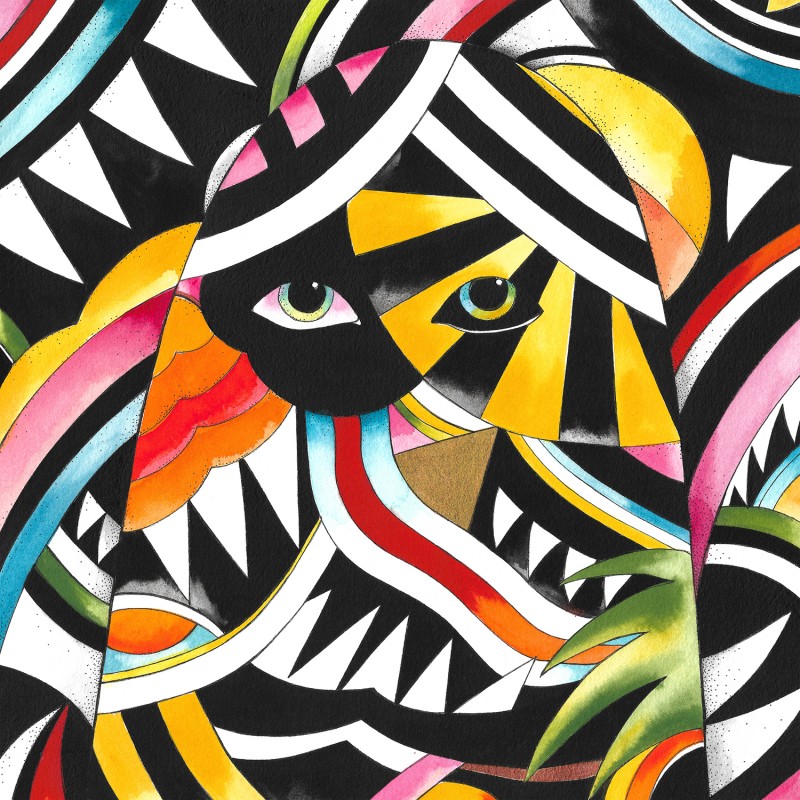 Recently signed to FatCat’s 130701 imprint, Dutch composer Rutger Hoedemaekers makes his debut solo release with a stunning album that marks the culmination of a decade spent in the hyper-creative studio environment he co-founded in Berlin, including four years working closely alongside Jóhann Jóhannsson. Sonically rich, emotionally deep, and immaculately handled, 'The Age Of Oddities’ showcases a brilliant new talent, its cinematic eloquence bearing witness to Rutger’s experiences composing for film alongside Oscar-winner Hildur Guðnadóttir and Jóhannsson, for whom the album is partly a eulogy.

Born in Nijmegen and recently moved to Brussels after thirteen years in Berlin, Rutger first started making music in his teens, composing on early consumer computers before producing ambient and techno in the emerging electronic scene. Releasing varied solo work under several aliases, he studied composition at the Royal Conservatory in The Hague and gained experience in writing and producing, before moving to Berlin with plans to found a studio. Together with two friends, in 2010 Hoedemaekers converted a 3,500 sq ft factory floor in Kreuzberg into a modular studio with nine rooms. The unnamed studio quickly became a thriving creative hub for a community of outstanding composers and musicians, its occupants including Jóhannsson, Guðnadóttir, Dustin O’Halloran, Kira Kira, and later on Gunnar Örn Tynes from Múm and Yair Elazar Glotman. Whilst many of its members found individual success through solo projects and film work over the decade, it also became a hotbed of collaboration. Having begun composing for film and TV, in 2015 Rutger was asked by Jóhannsson to co-compose (alongside Hildur Guðnadóttir) the score for acclaimed Icelandic crime series ‘Trapped’, which won an Edda Award for Best Music. Following this success, Rutger worked with Jóhann again on the scores for Darren Aronofsky’s ‘Mother!’ (2017) and James Marsh’s ‘The Mercy’ (2018), for which he also composed additional music. Following these, Hoedemaekers scored his first feature as a solo composer, for German production ‘The Last Berliner’ (2018), and most recently scored the Hulu / Arte France production ‘No Man's Land’ (2020).

During a time of global turbulence and polarisation (the refugee crisis, #metoo, Black Lives Matter, climate change and the rise of populism), the studio's vibrant period of creative productivity reached a turning point with Jóhann’s sudden, untimely death in February 2018, aged just 48. After the funeral in Iceland, Rutger decided to return to the album he'd begun years before, feeling compelled to complete it. With both the world and his own life now in turmoil, the music would grow infused with a desire for change. Making the decision to leave Berlin, finishing the album would become a long goodbye to this decade-long chapter in his life. ?
That October, a memorial concert for Jóhann was held in Reykjavik for which Rutger re-wrote one of the album’s earliest pieces, ‘The Invention Of The Moon’, scoring it for string quartet, a single horn and voice and performing it onstage with Kira Kira, Ólafur Björn Ólafsson and Una Sveinbjarnardóttir, three old friends and collaborators of Jóhann's. The following day, Rutger recorded Kira Kira’s vocals at Ólafur’s studio, and Una’s violin at Dustin's new studio in Reykjavik. Two months further on, he travelled to Hungary to record the Budapest Art Orchestra, finally capturing horns and trombone on his return. With the score finalised and performances all recorded, Rutger finished the album with an overnight re-amping session in the large common area of the studio to capture the sound of the building. Replaying many of the album recordings blasting out through guitar amps, he re-recorded them all alone through the early hours - a solemn moment and the end of a journey.

Despite the large musical cast, there’s a clarity of focus and great sense of space on the album and a wide, cinematic dynamics. From the murky atmospherics and processed vocals that open the record to its beautifully poignant ending on Hoedemaekers’ piano and an airy sense of having moved elsewhere, ‘The Age Of Oddities’ reveals a deep understanding of film music’s nuanced narrative language and ability to convey emotional complexity. It moves from bleak, mournful hollows to slow, rousing builds where light floods in, and passages of calm, invariably tinged with notes of sadness. Undoubtedly, the album has something of the feel of a score.

Though not finished until late 2019, Rutger actually began work on the album back in 2016, intuitively starting with the recording and treatment of the voices, mostly female, that run throughout the album. Processed to the point of unrecognizability using guitar amps, quarter-inch tape, recording rooms and computer, these voices have been stripped of their original human sound, and function more as another instrumental colour than a conduit for meaning. Numerous tracks open with a lone, unaccompanied voice, before electronic and orchestral parts gradually take over the arrangement. Often a single horn will mimic the vocal melody, obscuring the human element even more.

It was only as the record became more complete that Rutger began to be able to rationalise it and interpret the meanings it held for him. Its title derives from a quote from Lord Byron’s epic poem ‘Don Juan’: "this is the age of oddities let loose" - taken to reference not only Rutger’s tumultuous last years in Berlin, but also the ongoing political, social and cultural upheaval of our times, and Rutger notes how these voices-as-instruments “became a personal reflection on the initial sense of powerlessness in the wake of global issues that feel too big to fathom by themselves, let alone as a whole, and for which a clear, much needed voice seemed missing at times. The masking of the vocals became a depiction of reality before the revolution to me, the moment the problem exists but hasn’t yet become visible to the larger public. The voices exist but aren’t yet heard by all.”

Born out of a shared creative environment during a time of personal as well as social change, ‘The Age Of Oddities’ is a powerful and emotive work that closes a deeply productive yet also dark and heavy period for its creator. It sees Hoedemaekers finally stepping out into the spotlight after many years working behind the scenes, revealing a hugely talented new composer who is surely one to watch in coming years.

As one age ends, so another begins.