by Programme on FatCat Records 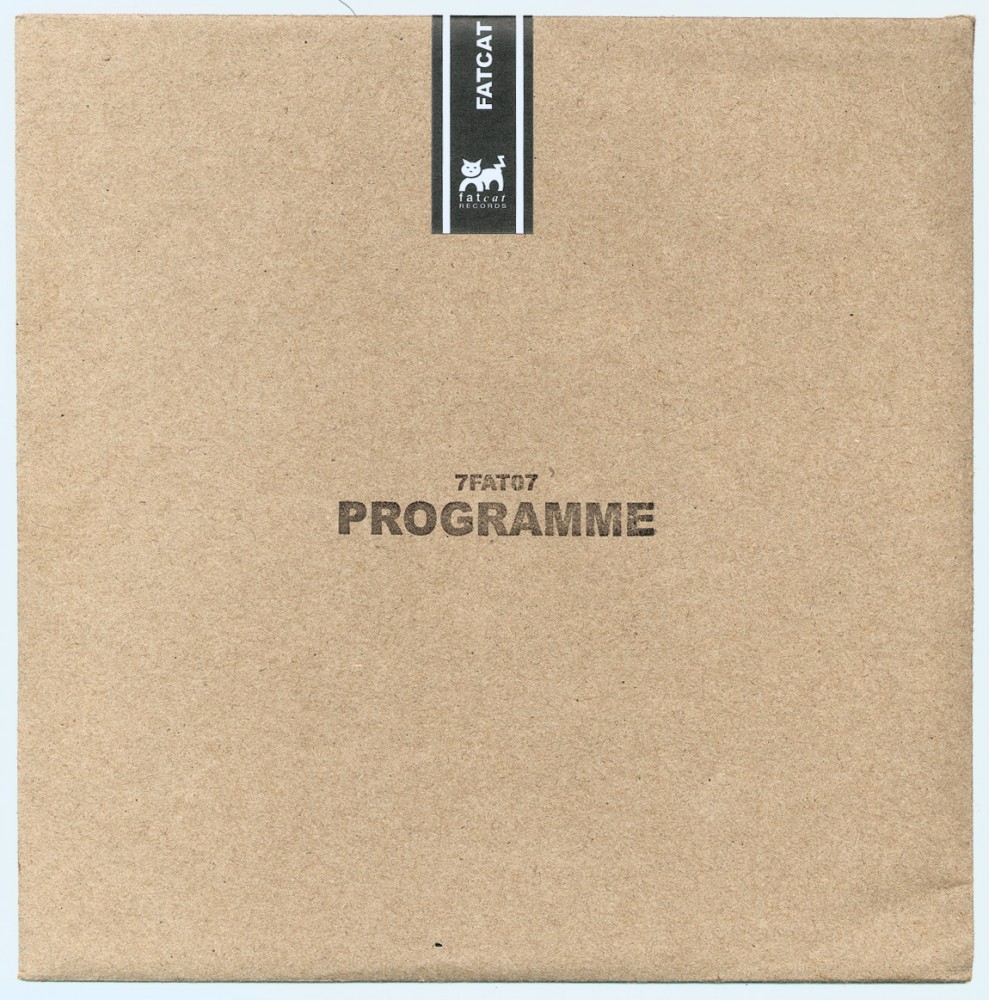 Based in the south of France, Programme is a duo formed by Arnaud Michniak and Damien Bétous, who have recorded two great albums on the French label, Lithium. These two devastating, passionate blitz-tracks were initially released on the band’s recent album, ‘L’Enfer Tiede’ (‘Tepid Hell’), and are licensed from Lithium. Delivered in their native tongue (see below for translations), their music is a breathtakingly intense and urgent blast of vitriol and (self-)questioning, their white-hot energy transgressing language barriers…

Deranged rock. Violently deranged rock. This succinct description, and everything it stands for, is possibly how you'd best want to define the hybrid music of Programme. It doesn't take long to notice that this duo gives full rein to rhythms and sequences that seem to have been hauled through the devil's own sonic deconstructer after having been pulled to pieces, examined, and put back together again. Why? No doubt for exactly the same reasons that saw the explosive birth of Suicide and the Sex Pistols in ’76 / ‘77: you can never make a serious attack on your era without beginning by rejecting, deconstructing or outraging the musical syntax of your elders.

Programme's musical offering certainly has no intention of being comforting or reassuring. Whatever deductions you want to make from listening to the music, you need to resign yourself to not even being able to take up the comfortable position of being "For" or "Against" the "Programme" that is on offer: free thinking and sophisticated reflection, politics and poetry all mixed up together, reality and fantasy inextricably entwined. In short, words and music that, at the end of the day, are not looking either to please some or to annoy others. That's not where it's at.

To start off with, this is the discourse of those who, without a hint of complacency, are taking a close look at their truths and feelings. In doing so, they clear all sham and pretence from their path. Inevitably, they also find themselves wandering down the odd blind alley, but then turn back, as that's where resistance comes in. Asking profound questions about their relationship with their era and their contemporaries, they are addressing the listeners, or more precisely, each listener: from one human being to another.
Heart in mouth and apocalyptically simmering, Programme are every bit as powerful, passionate and consuming as The Young Gods, perhaps their closest point of comparison