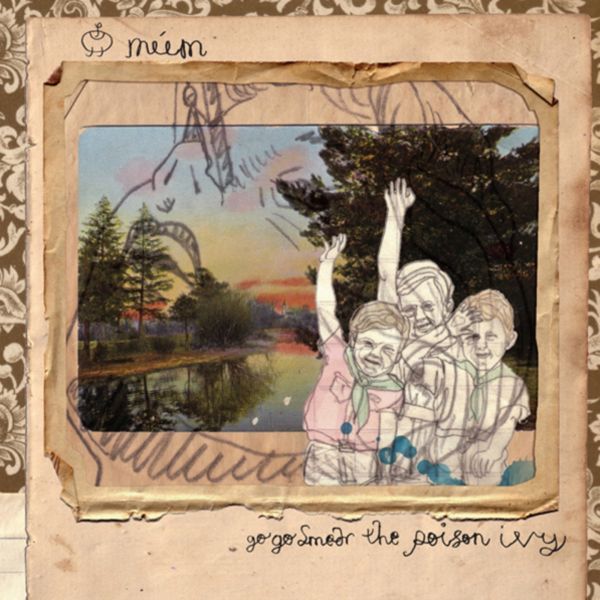 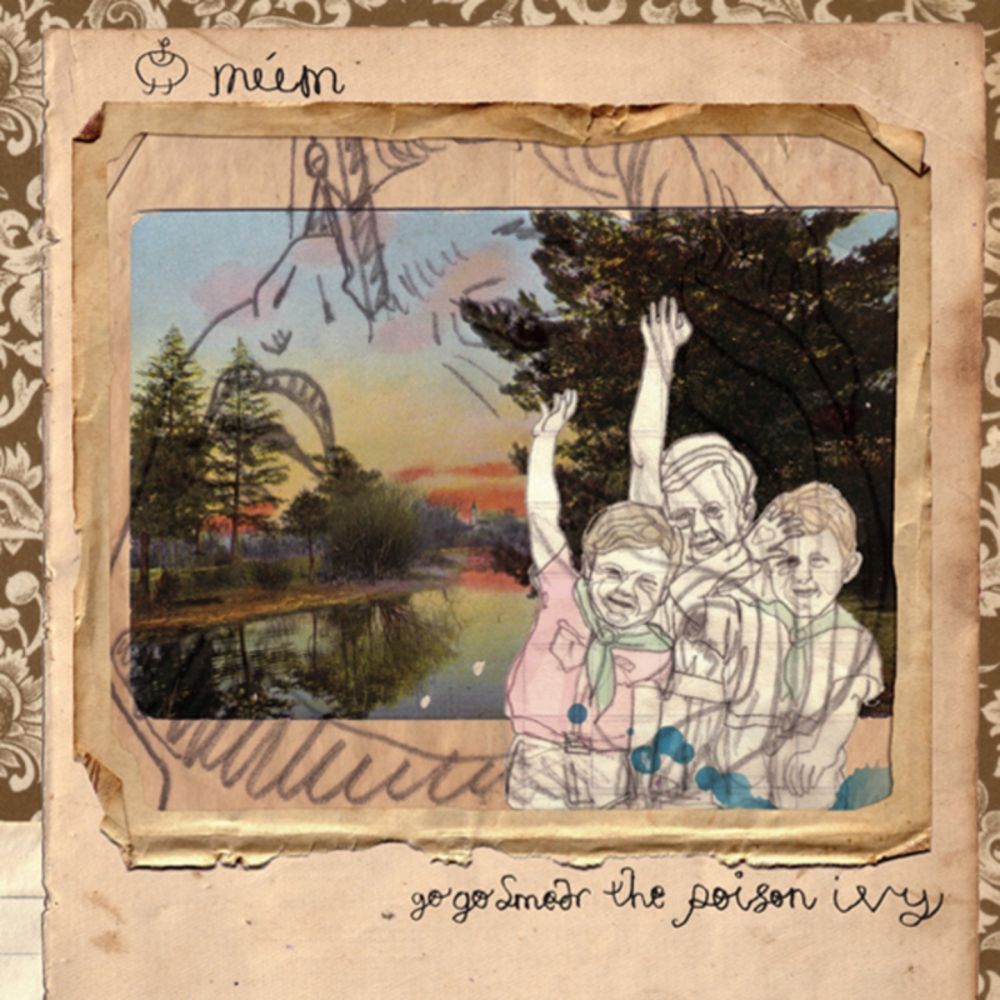 It had been over 3 years since the release of múm's previous album 'Summer make good' and a lot of water has passed under the bridge. And now finally, a new batch of songs making up a fresh album, strangely titled 'go go smear the poison ivy', a colorful, twitching and playful work of art, full of life affirming energy.

The album was recorded in a number of different places, one of them being the music school in the small fishingtown of Ísafjörður in the west fjords of Iceland, making use of the schools various instruments. The drums were mostly recorded in an old school house on the island of Nötö west of Finland. The songs on this multifarious album were conceived over a long period in many a different fashion, one song even dating back to the period of 'Yesterday was dramatic, today is OK.'
The album was preceded by the single 'they made frogs smoke 'til they exploded' a month previous, a chirpy song about animal cruelty. The B-side is a wonky insect-circus instrumental, 'the amateur show'.

In the 3 years since the last full length offering, múm had not slept more than thought to be normal. After 'Summer make good' they toured extensively in Europe, the US and Asia and in 2005 they were invited to Amsterdam by the Holland Festival to collaborate with the National Dutch Chamber Orchestra to create a performance piece based around various compositions of the late avant-garde composer Iannis Xenakis for one of the centre piece shows at the festival. Shortly after that the lines were starting to form around the new album.

With the departure of Kristín Vlatýsdóttir in the beginning of the creative process, the core of múm is again down to the original duo of founding members Gunnar and Örvar, but the band itself is now larger than ever counting in all seven people.
In there time outside of múm, the boys have been keeping themselves busy. Gunnar has been producing, recording, engineering and mixing for a number of local and international acts, quickly becoming one of the most sought after producers in Iceland. In addition he has been working long sleepless nights on his solo project, under the guise of Illi Vill, soon to be unveiled. Örvar has spent much of his time away from music, mostly focusing on writing. He published 2 books in the last couple of years, as well as working on art and design. In addition to that he has been performing and playing with a number of Icelandic acts, such as Skakkamanage, Benni Hemm Hemm, Singapore Sling, FM Belfast, Reprasensitive Man and more.

The artwork for 'go go smear the poison ivy' is in the hands of Ingibjörg Birgisdóttir, strangely eerie images, almost hypnotizing, complimented by special packaging. Ingibjörg also animated the video for the first single.

Samuli Kosminen, an explorer of flea-market percussion, old electronic fx, beat making toys, has discovered new and strange dimensions of rhythm. He has been a close collaborator of múm for a while now, but also works closely with accordionist Kimmo Pohjonen in the duo Kluster. Notable of late is the concert collaboration with Kronos Quartet featuring the eighty minute Pohjonen/Kosminen composition UNIKO, specially commissioned by Kronos. Kluster has composed music for the Finnish kung-fu feature film, Jade Warrior. Kosminen and Pohjonen won the Finnish Film Award, Best Film-score of 2006.

Eiríkur Orri Ólafsson has been a main collaborator of múm since very early on and steps up on this album, co-writing a few of the songs. Eiríkur is a part of various other music projects, touring in the brass section of Sigur Rós and as a recording and touring member of Benni Hemm Hemm.

Hildur Guðnadóttir is a trained cellist, a performer with boiling energy. She recently released her first cello album "Mount. A" and has been gaining much attention for her other projects such as Angel (with Schneider TM and Ilpo Väisänen of Pan Sonic) and recording and touring as part of Pan Sonic. She recently co-composed a live soundtrack to Derek Jarman's 1980 film "In The Shadow of The Sun" with legends Throbbing Gristle, as well as directing the choir at live performances.
Sigurlaug Gísladóttir or mr.Silla is the most recent addition to the band. She has been gaining much attention in Iceland for her solo performances and as a part of various projects. Soon to be released is an album where she plays the half of the duo mr.Silla & Mongoose.