Death To The Gremlins

by Immense on FatCat Records 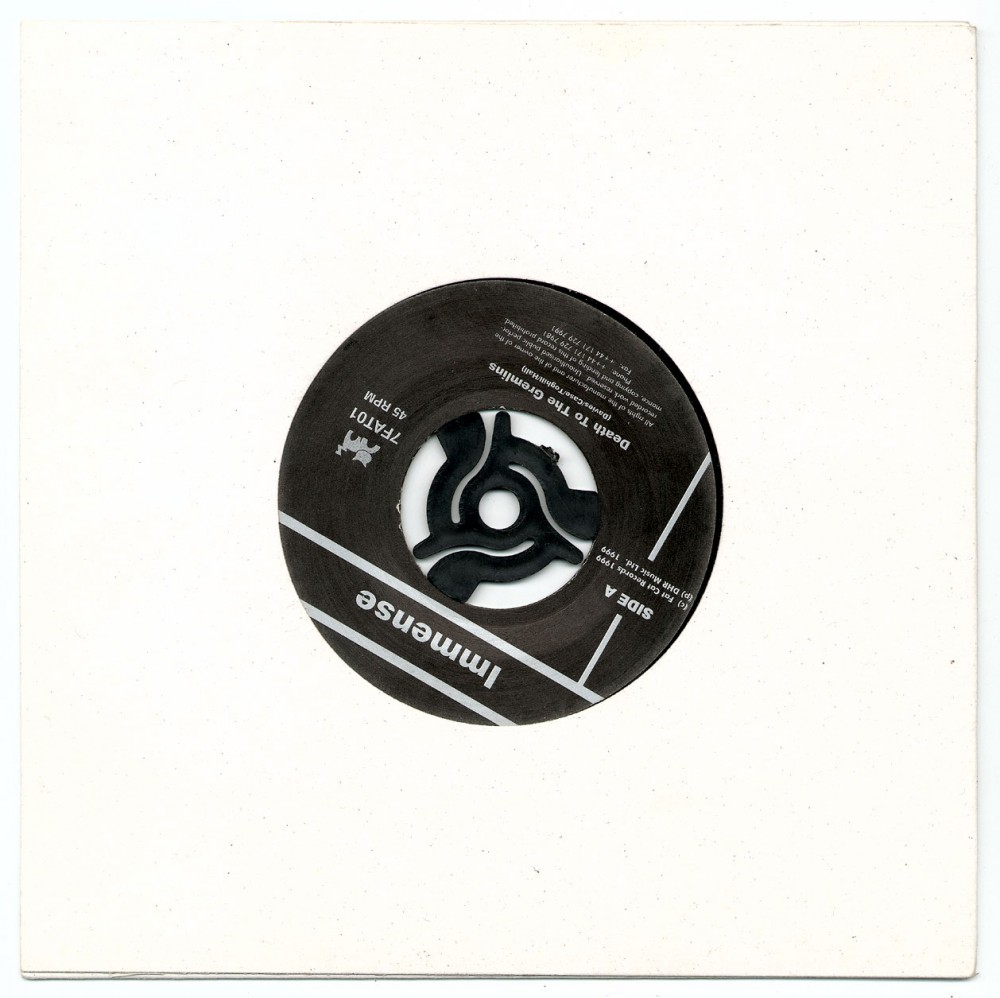 The second single release from Immense marks a departure from the tornado of sound that their stunning debut ‘Spontaneous Combustion ‘ EP provided. Opening with the quietly beautiful ‘Death To The Gremlins’, the band now take on a simple, almost nursery-rhyme style motif and create a moving arrangement, forcing you to feel the pleasure held within the most gentle sense of harmony. Recorded during the ‘Evil Zeros & Ones’ album sessions this showcases a more acoustic, pastoral side to the West Country boys. The song will question the views of those who think they knew what Immense were about and will genuinely move those who listen with open ears.

The B-side, ‘Don’t You Know How To Use Flippers?’, again challenges many peoples’ conception of Immense as yet another Post-Rock band and clearly proves they are capable of doing much more both within and outside the genre. Building upon a swing and bass groove, they mould a hypnotic sound, the guitars twisting around one another, more frenetic as the drums push everyone further into submission. A saxophone emerges to enforce the mesmeric bass line and everything pulls together to inevitably fall apart, leaving you wishing to scratch all the itches you’ve ever felt.

Both tracks are taken from the forthcoming Immense album ‘Evil Ones and Zeros’.