** 'u,i' will be released on September 25th on digital formats, with a limited edition vinyl issue released at a later date (due to COVID delays). Anyone preordering the vinyl through our webstore or Bandcamp will receive a full download of the album on its release date. 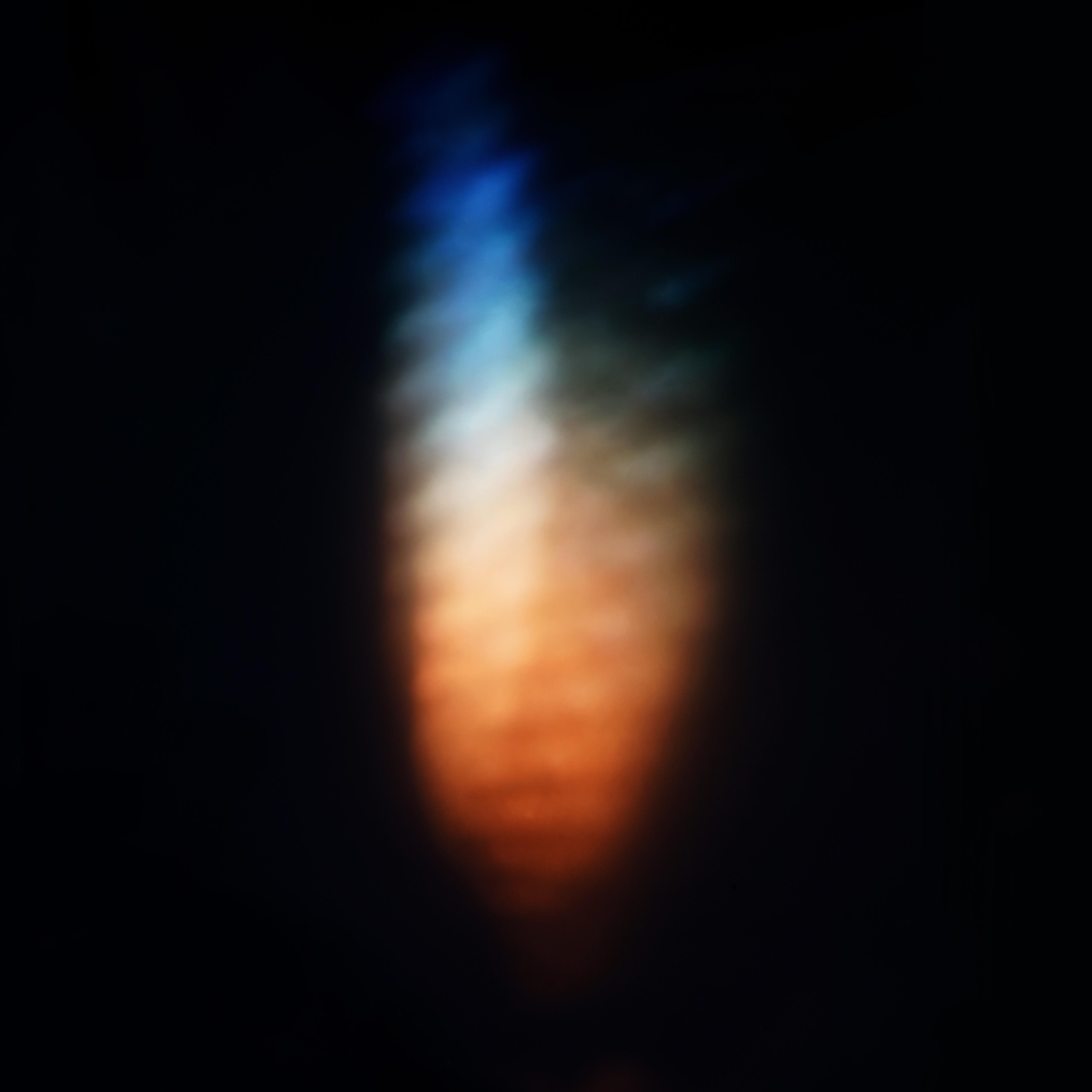 Olivier Alary and Berlin-based composer Johannes Malfatti join forces on their collaborative album ‘u,i ’ which marks Alary´s sophomore album for 130701, following his ‘Fiction / Non-Fiction’ debut of 2017. ‘u,i ’ is a brilliant exploration of mediated modern communication. Following prescient recent 130701 albums from Ian William Craig and Clarice Jensen, it’s another timely release that strikes a powerful resonance with our recently heightened experiences of connection and isolation under pandemic conditions. ‘u, i ’ was recorded over VOIP (voice over internet protocol), using the technology as both creative tool and conceptual frame. Its lower-case, two-letter title nods toward the ultra-reductive modern slang of SMS and a paring down of subjectivity to basics: you and I; the self and the other - with the comma asserting the gap in a kind of remote intimacy.

Recorded in Berlin and Montreal and the strange virtual space in between, ‘u,i’ was pieced together between 2017-2019, though its genesis dates back fifteen years, to when Olivier and Johannes began dreaming of a network-based studio that could bridge the 6,000 km geographical distance between them. When early public forms of VOIP such as Skype appeared in the early ‘00s, the pair quickly took to the platform to talk and exchange ideas. Whilst it enabled the building of both a friendship and musical collaboration, they quickly noticed its limitations. Poking fun at its often distorted and unintelligible transmission quality, they began accumulating recordings of its strange sonic by-products. As the pair increasingly used VOIP through the years, the musical potential of these recordings and the concept behind ‘u,I' began to emerge. Spending more time together online than in the same physical space, they noticed their personal experience was widely shared. With contemporary lives increasingly atomised, social interaction is becoming more and more mediated. Meanwhile, an explosion of personal video feeds has given us access to millions of intimate lives online, a raw and fragile glimpse on human existence. This new paradigm gave Olivier and Johannes the idea that it might be possible to build the narrative of a whole life via disconnected fragments posted online.
Making the platform itself a generative element in the recording process, they experimented with sending both pre-recorded and live performances of acoustic and electronic instruments from one studio to another over the internet using different VOIP softwares, re-recording these whilst playing with bandwidth reduction to generate accidents. “The first recordings we made were so unrecognizable from the original sources that they seemed to spontaneously emerge from the void. Even instantly recognizable sounds such as piano, voice or organ had lost all original characteristics,” notes Olivier. “We were using the VOIP applications like a plug-in, altering the sound by transmitting it across continents, through countless servers and undersea cables.” A feedback delay system was created that sent audio back and forth between Montreal and Berlin. Fixing the delay time according to the servers speed of transmission, they then re-amplified and mic´ed the signals, effectively creating a digital/analog effects rig which spanned half the globe. To control the degradation artefacts of these transmissions, they found ways of controlling internet bandwidth with funnel-like virtual tools. Discovering that the unique algorithms of each major VOIP application (Skype, Hangouts, Messenger, Facetime) would generate different kinds of sonic flaws, they picked between applications to colour the sound differently.

Besides Johannes and Olivier, the album features contributions from Kristina Koropecki (Cello), John Corban (Violin), Erik Hove (Flute, Clarinet), Daniel Beilschmidt (Organ), Hyunjung Ko (Voice) and Julián Alary García (Voice). It also includes anonymous voices extracted from personal video feeds they found on social media. “We were looking for people being honest and vulnerable in intimate settings in front of their camera.” These include the voices of a child learning to speak, a mother singing a lullaby to her baby, lost teenagers, lonely adults and a 100-year-old grandmother remembering the songs she used to sing when she was young.
Johannes and Olivier have been collaborating for the past twenty years, working on numerous film projects together. Originally from Toulouse and now based in Montreal, Olivier previously worked under the Ensemble alias, in which Johannes participated as mixer, arranger and co-writer. Ensemble’s 2000 debut (on Aphex Twin’s Rephlex label) led to Björk drafting Olivier to co-write the track ‘Desired Constellation’ and remix several others. Releasing two further Ensemble albums on FatCat, since 2010 Olivier has focused increasingly on composing for film and exhibitions. In June 2016 he signed to 130701, with his debut arriving in March 2017.
Berlin-based Johannes Malfatti graduated from Germany’s Film and Television School HFF Konrad Wolf. His work for film, television, theatre and music projects has ranged in style from electronic music to orchestral composition. With two recent albums under his own name, Johannes’ solo work focuses on contemporary and experimental techniques, often combining acoustic and electronic elements to create rich and slowly moving sonic environments. The first collaborative release under their own names, ‘u,i ’ continues the pair’s long-standing research and to explore the grey areas between noise and musicality; the acoustic and electronic.

Whilst connecting with the fringes of the post-classical scene, ‘u,i ’ might be closer framed alongside glitchy, process-based peers like Oval, Fennesz, William Basinski and 130701 labelmate Ian William Craig; or the Hauntological music of The Caretaker, Grouper and Akira Rabelais. Fascinated by the way technology materializes memory, and by “the sound of its failure, pushed to its limits and breaking apart”, they suggest that their sound here “might be described as ‘Hauntological music 2.0’, as it has a certain ghostly melancholia and foregrounds an awareness of the medium transforming what you hear.”

From first listen, that sense of longing and media awareness become rapidly obvious. The album opens on ‘Somewhere’s simple, 6-note piano melody, the phrase repeated over a grainy mist of digital artefacts, overlaid and gradually building in density. ‘I Can’t Even See Myself’ begins with an intimate a capella soliloquy, which over the ensuing 8 minutes is repurposed and gorgeously shaped around a plaintive cello arrangement. Across the album, these simple, yearning melodic figures (for piano, cello, violin, clarinet, flute and pipe organ) are set alongside sumptuous ambient atmospheres and dislocated clips of intimate human communication, the whole mediated through a patina of digital fog and distortion. The sound throughout is wonderfully handled - dredging and accumulating these normally unwanted distortions and refractions and positively re-purposing the signal ‘noise’ in a drenched aesthetics that is shimmering, grainy, enveloping. On tracks like ‘Drifting’ and ‘I Can’t See Myself’ snippets of singing extricated from these personal feeds is re-compose into rich new arrangements. Elsewhere, speaking voices poke out through a kind of ghostly, untethered amorphous swirl like ghosts in the machine.

‘u,i ’ is a beautiful, fascinating work in which form and content interlock to forge a rich, deep and powerfully cohesive whole. A reflection on human existence glimpsed through the prism of VOIP, it encapsulates our vaporized social existence via a multitude of disconnected ghostly fragments and offers a bittersweet celebration of our interconnection - simultaneously close and detached. Ultimately, the album itself is a dichotomy - it mourns this gap whilst at the same time recognising it as the sole reason for its existence.

** Vinyl version is limited to 300 copies. Due to factory delays, the vinyl version of ‘u,i’ will be released a month or so later. Anyone preordering the vinyl will receive a full digital download of the LP on release date.

** PLEASE NOTE the vinyl version has a different tracklist to the digital version, which includes an extra track.