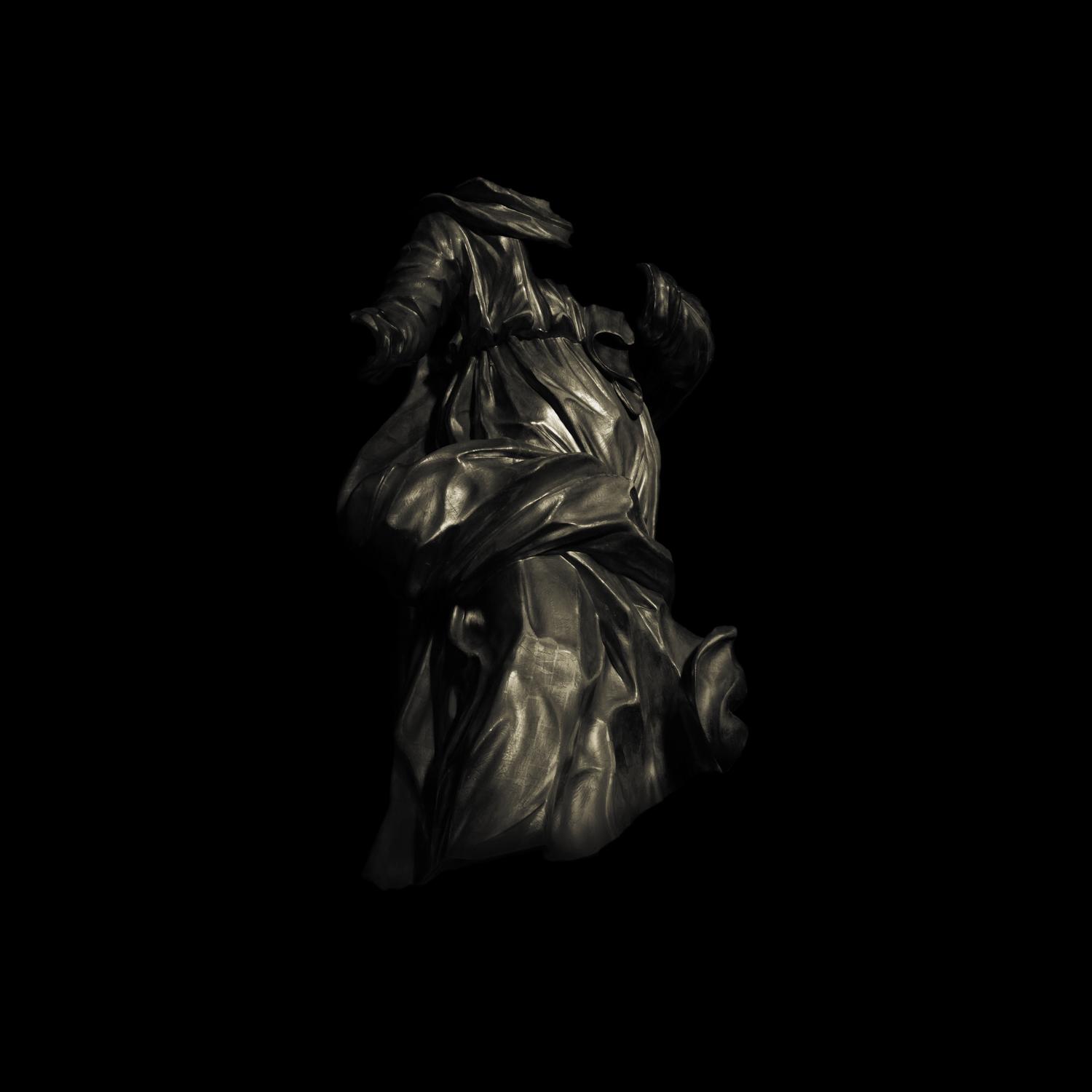 Two years on from her critically acclaimed, self-titled debut, Polish cellist Resina (aka Karolina Rec) returns with her sophomore album for FatCat's influential 130701 imprint. A less fragile, far more immediate album, 'Traces' sees the Warsaw-based artist working a sound which moves closer towards the listener, with increased viscerality and weight. It's a bold, dynamic and assured step forward and an album fully deserving of your attention.

Whilst much of the material on 'Traces' was again captured via her favoured method of fully live recording (the debut comprised almost entirely of single live takes), this time Karolina's primary focus lay in achieving specific states and emotions, in working on the precision and detail of composition, rather than insisting on the purity of live recording. Certain parts were recorded and built in separate takes with a degree of post-editing. Finding her own way to use the looper, Karolina's tracks are forged entirely from acoustic sources. She begins by finding a set of interesting sound structures – sometimes built from twenty or more layers of cello – as building blocks for each composition. Looped, processed and layered with increased dynamism, on 'Traces', the cello moves from discrete chamber intimacy to shimmering ambient miasmas and more urgent, full-blooded tracks that reach out and grab you. There are points of delicate beauty and moments where everything seems about to melt into chaos. Whilst Karolina's voice appeared only briefly (to stunning effect) on her debut's final track, this time around it assumes much greater prominence, featuring on almost half the album's tracks. Non-verbal, her vocals function as a beautiful, haunting textural layer, conjuring a sense of near sacred purity and longing. Besides the looped and layered sounds/ rhythms coaxed from cello and voice, 'Traces' expands her palette with contributions from drummer / percussionist Mateusz Rychlicki adding body and drive on a number of tracks.

'Traces' was recorded in December 2017 at renowned Polish producer/ musician Maciej Cieślak's studio in the Wola district of Warsaw. One of the city's uglier areas, Wola was massively devastated during the last war, being the site of both the Jewish ghetto and Warsaw Uprising. During the album's production, the pair often discussed palpably feeling some heavy, dark energy of the place, something of which has doubtless leaked into the album. Drawing upon some dark and timely themes and finding grounding in the worrying / unstable era in which we find ourselves, its title refers to the observing of memories; to remnants surviving violence or the ravages of time; to parts missing or disfigured.

The album's cover features one of Karolina's photographs, and was directly inspired by the work of Polish photographer Stanislaw Kolowca's pictures of a 15th century altarpiece in St. Mary's Basilica, Kraków - the world's largest Gothic altarpiece and a Polish national treasure. Kolowca photographed the altar during its renovation, both before and after the Second World War. In a secondhand bookstore Karolina discovered a rare album of these works and immediately felt the resonance of the pictures as something special and close to the atmosphere of the album. The use of the image also stems from Karolina's obsession with decayed or vandalised religious iconography. "For some time, I'd been finding and photographing 'mutilated' sacred sculptures and other damaged religious artifacts", she notes. "At first, this happened accidentally and unconsciously, then I began to intentionally seek out such places and objects: like the statue in the National Museum in Gdańsk of St. George without hands killing a headless dragon; or Win Sein Taw Ya, the world's largest reclining Buddha statue which remains unfinished in Myanmar. I had the impression that all of these - sometimes spectacular and absurd - defects violently revealed a kind of ambiguity which in other conditions would not be noticeable."

Originally thinking her obsession with damaged sacral objects was just an internal reflection on politically-exploited, 'irrational' religions, whose real transcendent character had been lost, Karolina recognised that "it was simply related to feelings of anger about spirituality being stolen by ideolgies." But ultimately, it led her to some unexpected reflections: "Whether we regard it a remnant of evolution or not, many of us still retain so-called 'spiritual' needs. I feel confused watching certain modern forms of realising such needs or searching for alternative types of religion - like pop-shamanism. Do we merely need to change costume, find a modern name for old philosophies, wisdom or ways of experiencing ecstasy, because we want to distance ourselves from our irrational ancestors?" For Karolina, the most interesting trail led to her confronting the works of various far-flung mystics (often from distant ages), whose common conclusions have become a subject of research in cognitive psychology and found unexpectedly universal modern use: like 'mindfulness' (which is rooted in Buddhist tradition). "From this point of view, it would be difficult to deny - despite the bad press/ aftertaste of New-Age language, or the vulgarisation of the term 'spirituality' - that for me creating music is also a form of realising spiritual needs."

Another thread, which appeared intensively whilst working on the album, relates to the perception of history and feeling a total lack of control over human aggression. "It’s becoming increasingly clear that we normally live and function under the 'protective' impression that we are the authors of all our own action and opinions, and that we are able to manage our own aggression. But there are scientific/ psychological indications suggesting that everything is a result of many different (and other than we generally suppose) forces. Thinking about ourselves as conscious and infallible beings we tread on very thin ice, and it’s enough for one small event to effectively shatter this rational surface for a long time - this thought has come back to me lately, but I feel it’s strangely easy to forget. I remember experiencing an almost clinical panic attack after watching Elem Klimov's war film 'Come and See' and then comparing it with current political moods", Karolina notes. "At the same time, I realised how keenly I feel the lack of war-witnesses in my own family [both Karolina's grandfathers' fought in World War II but died before her birth]. I feel I’m an heir of their warnings yet I cannot confront or discuss these emotions with them, the actual witnesses of these events. So, my greatest fear is that the traces of their experiences will be forgotten or misrepresented, and history will someday return to another brutal point. This album may be my own, very personal way to maintain a kind of important watchfulness." Dominated by the fear of erasing and forgetting traces of difficult and traumatic events, she refers to it as "a spell to protect this knowledge from forgetfulness, to avoid making the same mistakes again and again. It can also be read as a certain journey - from carelessness and unconsciousness to aggression, and the discovery of an unpleasant but essential truth and the fear of losing this knowledge.

For Resina, this growing fear of forgetfulness finds expression in a sound which often starts out classically but ends in deconstruction ('Surface') or disappearance ('Lethe'). She talks of "taking a physical pleasure in the spoilage of beauty - as if portraying this fear was some kind of soothing sublimation", noting that her favourite parts were those "where I could start to damage my own previously prepared loops to the point of total chaos or unexpected changes."

Press reviews of her debut album were universally positive, yet Resina remains a virtually unknown yet brilliant artist awaiting wider discovery. We believe this is a powerful record that stands out on its own and deserves recognition.

‘Traces’ is released on 130701 on 6th July on vinyl, CD and digital formats.
Tour dates and a remix EP are being scheduled for early Autumn.