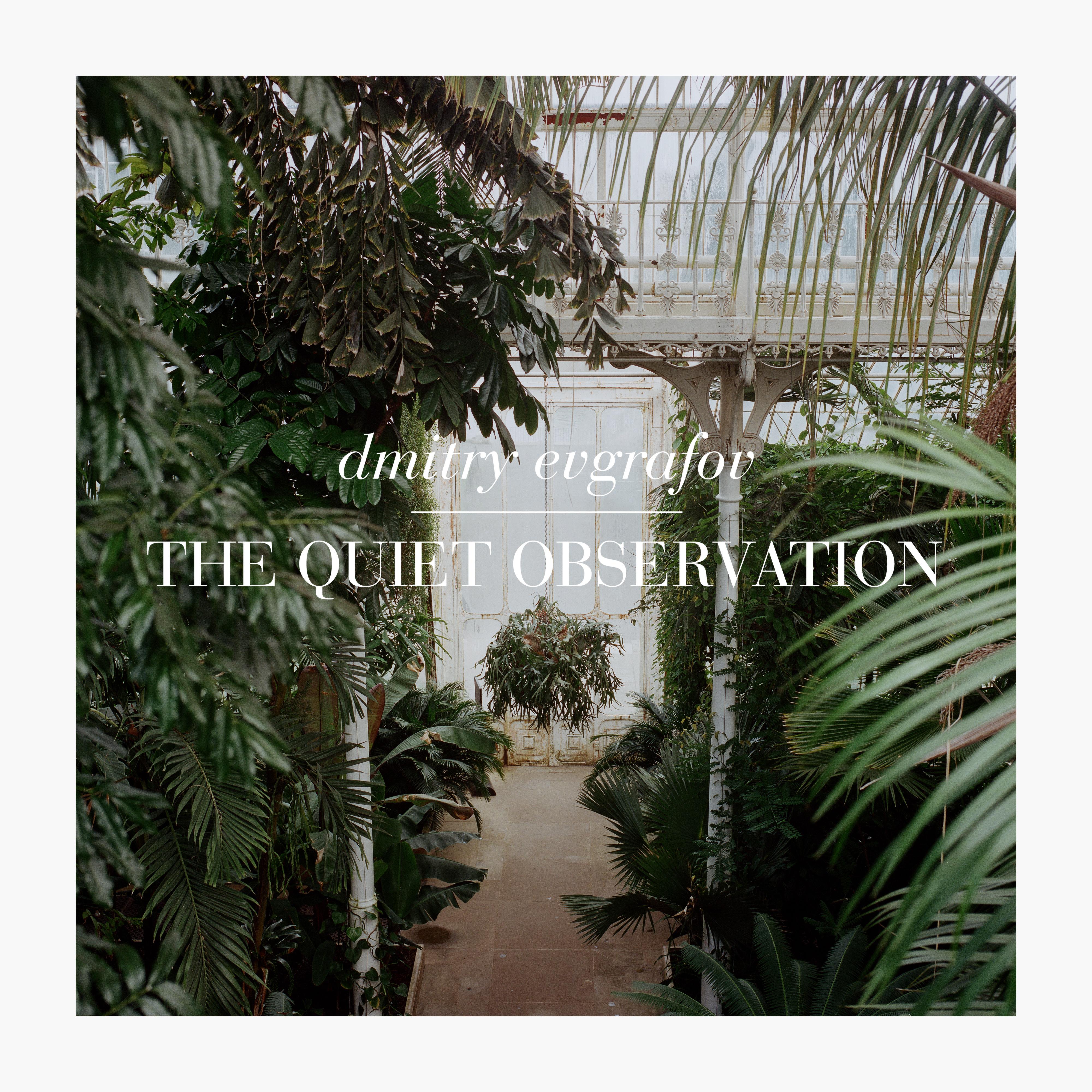 "Dmitry Evgrafov’s Collage LP might well provide one of the autumn’s most magisterial moments of escape... it stands tall as a truly captivating creation” (GOLDFLAKE PAINT)

“A self-taught pianist and improviser who played with Nils Frahm while still in his teens, Evgrafov put out a couple albums on his Bandcamp page... His work from this period brings to mind the wistful, piano-led imagism of Frahm, Goldmund, and Broderick. By contrast, Collage sounds like Max Richter scoring Fantasia” (TINY MIX TAPES)


Dmitry Evgrafov is a hugely talented young Russian pianist / composer whose music blends intimate piano with rich strings and electronics, bringing to mind the work of peers such as Goldmund or Nils Frahm. Completely self-taught, Dmitry began self-releasing his music at the age of seventeen, and in 2015 signed to FatCat’s 130701 imprint, releasing his label debut,‘Collage’, last October. A beautifully focused and concise seven-track EP, ‘The Quiet Observation’ follows up that release and precedes a new album due next year.

Where ‘Collage’ was a bold, heavily layered and augmented work making expansive use of electronics and a mass of virtual instrumentation, ‘The Quiet Observation’ returns to a far more pared back, much less digital realm. A delicate, luminous work, it is heavily centred around Dmitry’s beautiful piano playing, with only minimal use of other instrumentation: glockenspiel, strings, and two tracks played on a virtual church organ.

The main theme written for a feature film of the same name, ‘Ptichka’ was the second score Dmitry made for Russian director Vladimir Back, and the product of a very intuitive collaboration. A dramatic piece appearing at the culmination of the movie, ‘Ptichka’ was recorded at Mosfilm, one of Russia’s most famous studios, where countless film scores and performances have been recorded. Both ‘Shelter’ and ‘The Lofty Sky’ also belong to the same soundtrack. Played on an organ emulation, both have a more ethereal quality and were inspired by Hans Zimmer’s brilliant ‘Interstellar’ score. As Dmitry relates: “I had never been in the position to play a church organ, so it was a revelation to actually hear such powerful and timeless sounds right under my fingers and to have the ability to control and sculpt such power in the way I want.”


‘Lovebirds’ is a sketch dating back to 2011, a time before any of Dmitry’s music had been released. “I wrote it one day with my wife Vika, just for fun. I sketched out a chord sequence on a virtual piano, and she added a melody. I picked up a violin (which I couldn’t play because I’d never learned to) and recorded the arrangement, and Vika added a cute glockenspiel. It was completed in an hour or so. During the next years I returned to this recording a number of times, and despite its very rough quality there was always something very special in its naive, simple approach and a perfect pacing. And I could never play violin that well again!”

“‘Lev’ is a composition that was born whilst I was reading ‘War & Peace’ by Leo (Lev) Tolstoy. The composition is formed of very conservative moves, but because of the fact that I never follow tempo or time signatures in my music it resulted in a very personal feel without that pretentious academic gloss that no one really loves.”

‘Unasked Question’ is actually a leftover from Dmitry’s 2012 album ‘Pereehali’. I had recorded eleven tracks for the album but only seven could find their place on the final release, it was a hard choice for me to leave this track out, but luckily I have now found a home for it on ‘The Quiet Observation’.”

Compiling these seven tracks together into a whole that sounds strikingly coherent, Dmitry remarks how “the magic of the music and arts in general is that it is free for reinterpretation. When I first put these isolated compositions together they were immediately freed of their old associations and started to tell a very different story. Now I see this EP as an experience of quiet observation: you stand in a room and some shadows change each other on the wall in front of you. First you see the shadows of someone running, maybe dancing, then you see something tragic happening, you don’t know what exactly. Then it suddenly dissolves and calming waves of warm light appear. Then some blurred memories from two hundred years ago slowly emerge, before it changes for the last time and all you can see in this room is a star-covered sky. You are not a participant. You can’t change anything. You are here just to observe.”

‘The Quiet Observation’ is released digitally on 130701 on 14th October.