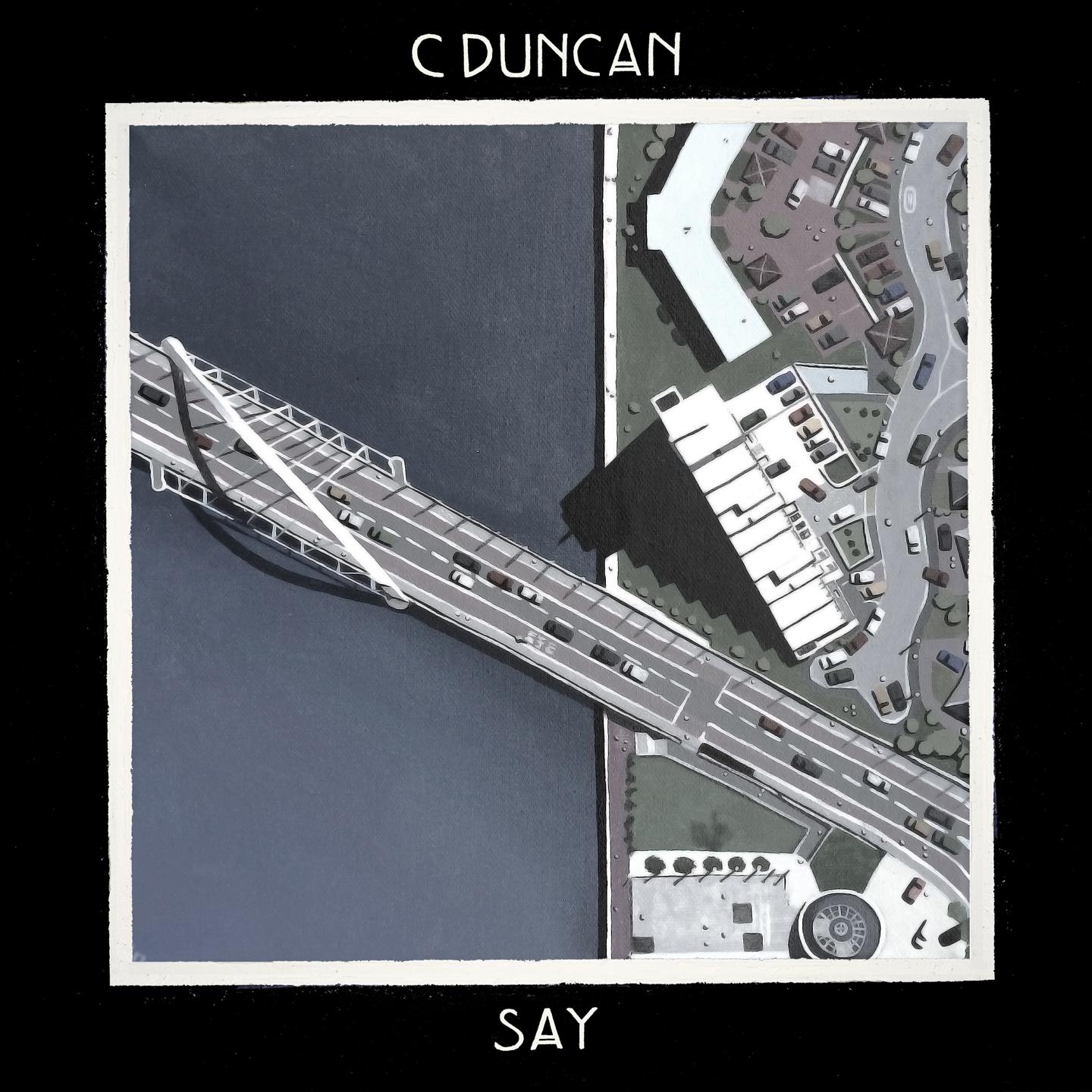 'Say' is the second single taken from C Duncan's forthcoming debut LP (due to drop in summer 2015). Its predecessor, 'For', released as a free mp3 download in November, signalled the arrival of a considerable new talent. The track received praise for its ”soft poetry to the arrangement and delicate use of space" (Clash Magazine) and its "blissful warmth and shimmering grace” (Stamp The Wax). Lauren Laverne also voiced her approval, giving 'For' plenty of airplay, including the track in her '6Music Recommends' and 'Headphones Moment' features and offering the mp3 download through the BBC site. Huw Stephens, Radcliffe & Maconie, Vic Galloway, Jim Gellatly (and plenty more) also played and praised the track.

'Say' sits neatly alongside 'For'. It drifts and bobs with the same gentleness of spirit and deceptively broad arrangement, the same full-heartedness and labour-of-love home studio production. But it is foremost its own piece, informed by electronic music like The Knife and Fever Ray and by modern composers Arvo Pärt and Henryk Gorecki. These influences - named especially by Christopher - are heard subtly, in timbre or compositional device or arrangement. As with 'For' and Christopher's other work, the multiple threads of inspirations (barbershop quartet, choral music, dream-pop and so on) are woven artfully, uniquely. It is written about ”being consumed by the bustle of city life”, Christopher says, ”wanting to run away from it.”

Christopher is the son of two classical musicians, but he was drawn so persuasively to indie and alternative music and playing in school bands as a teen that he added guitar, bass guitar and drums to his existing repertoire of viola and piano, studying all five instruments at the same time. The influences of these two distinct schools is clear in âSay'.

Christopher recently formed a live band to perform his pieces onstage. He has played in Glasgow and Brighton, with more dates and a full tour schedule to follow.

The cover art for 'Say', an affectionate and purposefully stylised aerial view of Glasgow's Clyde Arc Bridge, was created by Christopher himself. A skilled and accomplished artist, his work has been exhibited at galleries around Scotland.