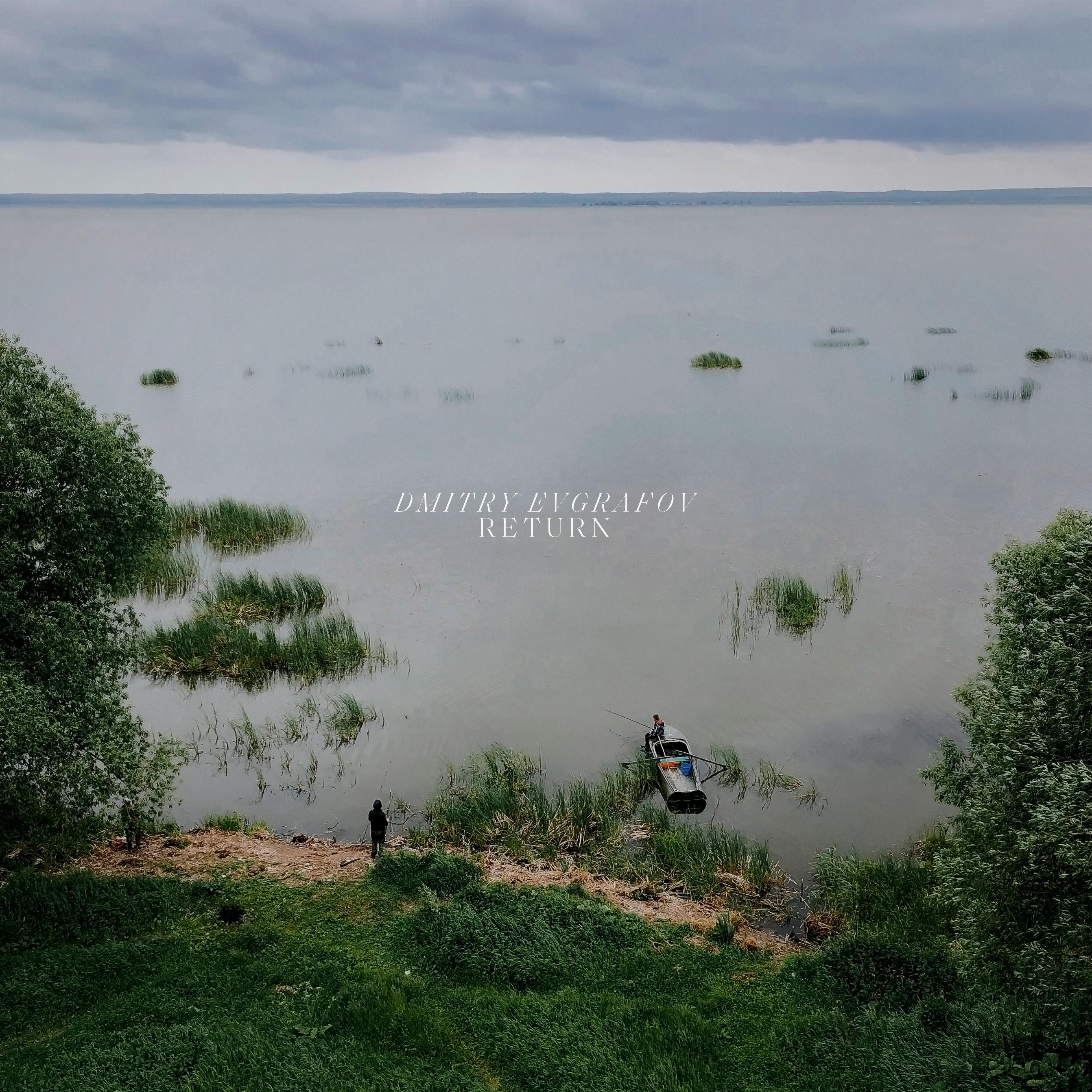 Following up last October's critically-acclaimed 'Comprehension Of Light' album, pianist / composer Dmitry Evgrafov resurfaces with this brief but beautiful EP featuring six new tracks from the Moscow-based artist. Simply and self-evidently entitled 'Return', the digital-only release puts the focus firmly back on Dmitry's wonderfully fluent piano playing whilst two tracks dating from the 'Comprehension Of Light' recordings link back to the previous album.

Reinforcing a sense of the steady growth of the young composer, 'Comprehension Of Light' was a dramatic, densely orchestrated and at times very dark record, which saw its author shift away from the centrality of the piano to explore drone, percussion and string composition (stunningly rendered by the London-based ISKRA String Quartet). Just a single track on the album featured solo piano, whilst the record prioritised the strong conceptual narrative of a long and difficult personal journey from darkness to light. In contrast, 'Return' sees Dmitry move back towards the more lyrical and intimate piano impressionism of his earlier work - a style which saw him gain considerable interest with huge streaming on online platforms (consistently clocking up a million monthly Spotify listens) as well as finding fans including the likes of Nils Frahm and Mary Anne Hobbs. Each of 'Return's four piano pieces were entirely improvised and captured live during a single session at Knobworld, a small Los Angeles studio, in April 2018. Whilst the two tracks dating from the album recordings - 'Unity' and Dmitry's original take of 'Znanie' (the album version being heavily reworked by Serbian ambient genius, Abul Mogard) discard piano in favour of synths and software strings.

'Return' feels a very concise and cohesive release, with its opening trio of piano tracks flowing seamlessly from one into the next. Utilising some subtle FX and (on 'Consolation') a little processed guitar, these tracks sit neatly besides the slightly older, synth-based pieces, and throughout its 24-minute span, the release has a lovely, warm, restrained energy. Whilst being far less dramatic and dark than the bleaker opening half of 'Comprehension...', the material also feels like a natural continuation on from how that album concluded. Sounding perhaps slightly subdued and sombre in tone, it maintains a calmness and even grounding. Perhaps gently mournful or nostalgic in places, there is a nice controlled dynamism and sense of movement within tracks. Revealing a maturity beyond its author's years, it feels warm and well-lived, bathed in a glow of reflection that accepts past losses. Bearing a sense of contented wisdom and without feeling need to be showy or overly dramatic, it is music at peace with itself.

Completely self-taught, Dmitry Evgrafov began self-releasing his music at the age of just seventeen, gave his first live performance improvising alongside Nils Frahm in front of a huge Moscow audience a couple of years later, and in 2015 signed to FatCat’s 130701 imprint (home to renowned pianist / composers such as Max Richter, Hauschka, Dustin O'Halloran and Jóhann Jóhannsson). He released his label debut ‘Collage’ in October 2015, followed by 'The Quiet Observation’ EP the following Autumn, and most recently the critically-acclaimed 'Comprehension Of Light' album (October 2017).