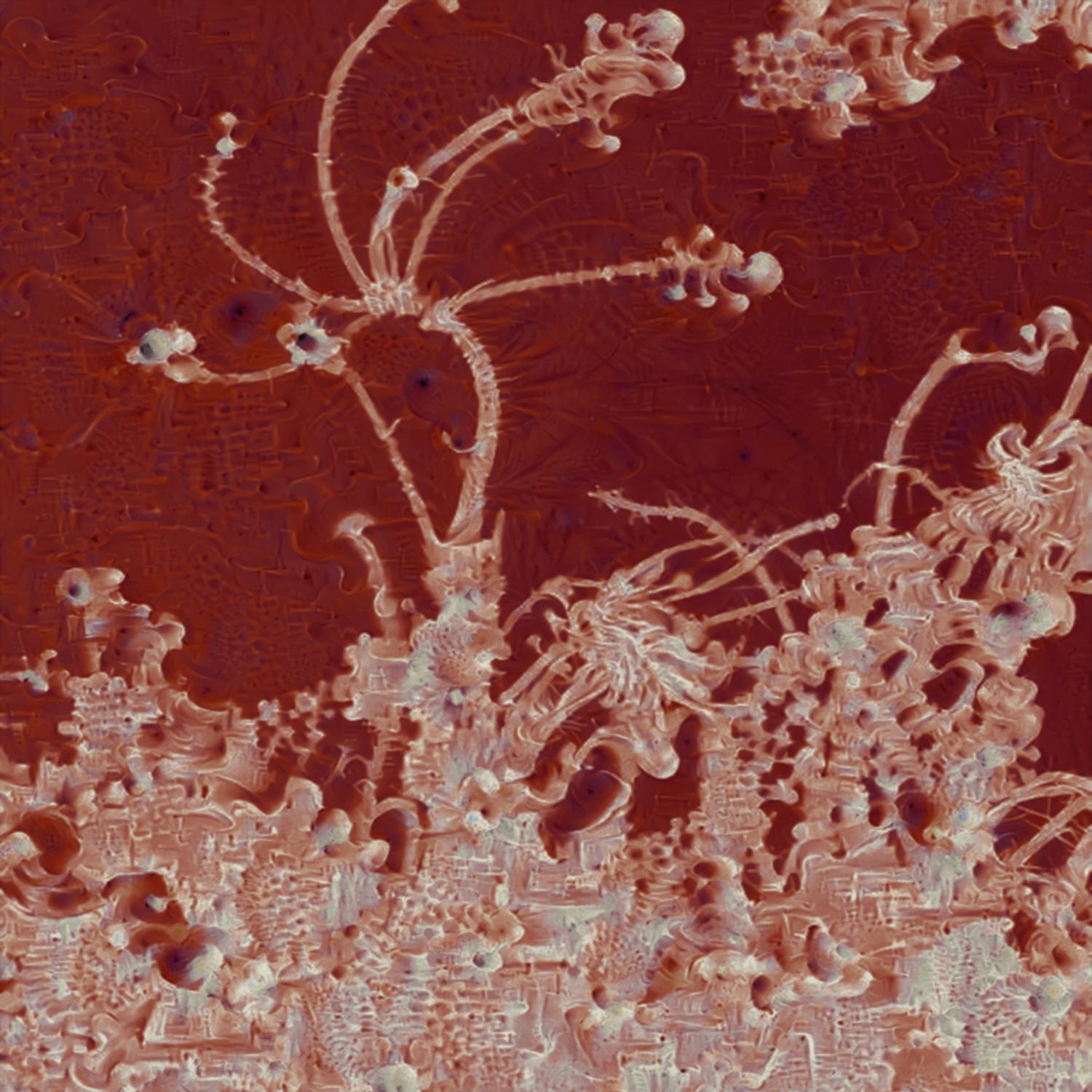 The score to Jennifer Rainsford’s short film of the same name, ‘Lake On Fire’ sees Stockholm-based pianist/ composer Shida Shahabi following up last year’s ‘Shifts’ EP and her 2018 debut ‘Homes’ with a new release that expands her repertoire via a move away from the piano, with three of its four tracks being played on organ and analogue synth.

Despite its brevity (clocking in at just under 15 minutes), ‘Lake On Fire Is’ a gorgeous, atmospheric gem. It was written and recorded in her Stockholm studio in Spring 2020, having been commissioned by for Shida’s friend and fellow Stockholm-based artist Jennifer Rainsford (who had previously directed a quartet of short, nature-based videos for Shida’s debut album). Described by the director as “a subtle science fiction short film about regret and an A.I. only interested in humans for giving love advice”, the fifteen-minute long film tells a story from a distant future of two former lovers who are reunited in a virtual forest. Within this AI-created landscape, “flowers talk, the forest is animated by subtly, yet continually shifting colors while fighting virtual wars and the former couple come to realise they can’t change the past”. Shida’s score perfectly mirrors the film’s slow, strange unfolding as well as its sense of dislocation and unease. As with Shida’s previous releases, the music here is deeply immersive, its engaging impact as much about the decay of each sound and the shapes hanging between the notes.

The EP starts out on the beautifully airy, spaced out organ notes of ‘Prolog’ – a slow, subtly building piece that immerses in the life it breathes around itself. ‘Interlude And Main Theme’ continues in this languorous, airy mode, but with a long, rising tone rapidly tightening the tension before falling away to leave the main theme – an almost liturgical organ passage, whose walking notes hanging in the swirl of dusty air. Following on, ‘Epilog’s organ notes are again well spaced, but this time more stridently attacked, lending a slightly menacing air. The EP’s final track (and the only piece which doesn’t appear in the film) sees Shida replicate the main theme, this time performing it on her beautifully close-mic’ed J.G. Malmsjö Piano. With its sound damped with felt pads, the audibile mechanics of pedal and key lend the gorgeous warmth and homespun charm that have been a hallmark of her work. Once again, her recordings were impeccably mastered by Francesco Donadello at Calyx in Berlin.

Of her scoring process, Shida notes “we started talking about different sorts of music for organ, we also talked about fugues early in the process… I was excited about establishing a relationship with a new instrument and finding qualities in the organ that was sonically appealing to me. In some of the themes I arranged the organ recordings along with analogue synthesisers when I felt that another tone and quality was needed. I love Jennifer’s artistic practice and her way of working with moving imagery, and it’s been a pure pleasure working with her since she gave me the trust and space to experiment on my own.”