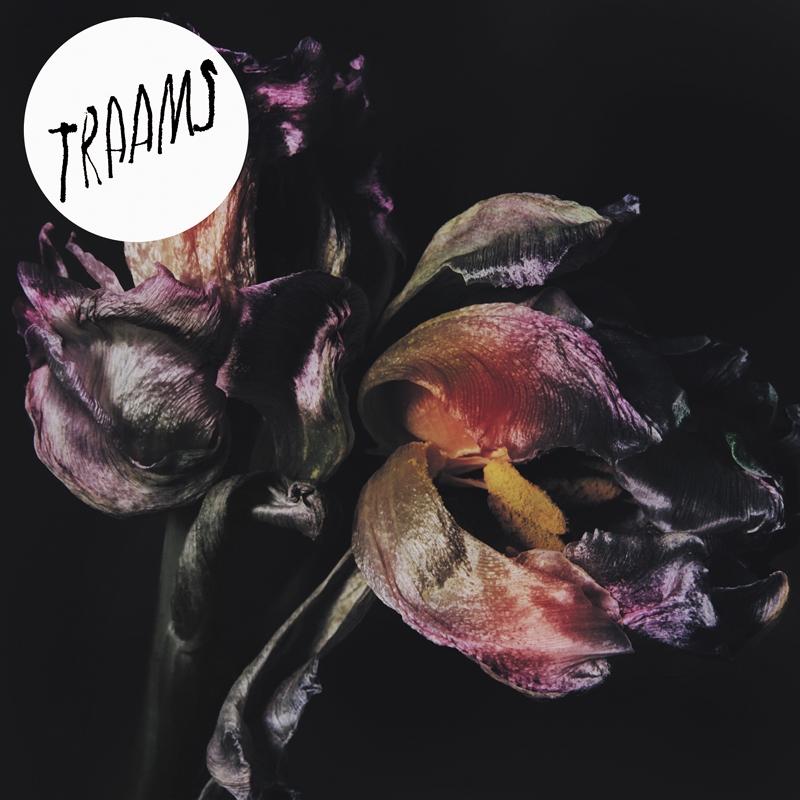 Following on from a couple of fitting support slots with Parquet Courts, TRAAMS release their debut EP 'Ladders' on FatCat on the 17th of June, 2013.

TRAAMS formed in summer 2011 in Chichester, West Sussex, meeting at a club night that vocalist/guitarist Stu Hopkins started as a reaction to the city's limited nightlife. The only options previously available to him and his friends were ”boring clubs and bars which only played boring club music”. ”There was no incentive to be at these places other than to drink,” he explains, ”we wanted to put something on where we could play the records we liked really loud and have fun”. That same restlessness can be heard in the urgent rhythms that form the backbone of TRAAMS' delightful noisy krautrock squall. There's a tellingly urgent way that Hopkins delivers his lyrics, especially in songs such as 'Mexico', in which he pleads ”you've got to get me out of this house”. Frustration is obviously a familiar and shared sentiment for the trio and, as 'Ladders', their FatCat debut, showcases, they pour it into their music to create something bristling and vital. Bassist Leigh Padley recently said in an interview that the three band members (completed by Adam Stock on drums) felt compelled towards music as the only means to escape the mundanity of their hometown; âWe had to start a band. It was all we had."

Further bonded by their love of Abe Vigoda, Mclusky, Pavement, Television and Women, the trio - rounded off by drummer Adam Stock - recorded their first set of songs in November 2011 with the aforementioned Attwell and continued to work with the producer throughout the following year. In February 2013, they recorded more songs with MJ from Hookworms in his Suburban Home Studio in Leeds, the results of which form 'Ladders'.