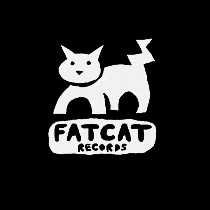 30th July 2012 sees the release of the first PAWS single âJellyfish / Bloodlineâ to be taken from their forthcoming debut album âCokefloatâ, released 1st October 2012. Jellyfish / Bloodline is a double A side digital single, which will be available one week prior to the official release date if pre-ordered through FatCat Recordsâ on-line store.

Friends since school, PAWS are made up of Philip, Joshua and Matthew, and are based in Glasgow, Scotland. The band play (in their own words) âinfectious, lo-fi, garage pop-rockâ and have already made a name for themselves in Glasgow as one of the best Scottish live bands currently on the scene.

With a modest catalogue of small releases behind them, PAWS are now ready to reveal their debut album, made up of tracks written over the past two years. Both tracks on this single are set-list regulars which fans will already be aware of, and the way in which the album was recorded (all 13 songs tracked within a week with hardly any re-takes â by Rory Atwell on Lightship 95 studio in London) will mean that there will be no surprises in terms of how these tracks sound on record. The energy of their live performance has been captured, whilst also upping production values considerably from their previous lo-fi and home-recorded releases.

Both tracks display the poppier side of PAWS, with memorable melodies and killer riffs, whilst lyrically, the songs are just as accessible. Composer Phil isnât one to cover meaning with metaphor and ambiguity â his songs have nothing to hide, and he is willing to go into more detail when asked. Jellyfish is a song about âlove, insecurities, self-alienation and paranoiaâ, - possibly about relationships and their âsting in the tailâ, - something almost everybody can relate to. He leaves the description at that, thoughâ¦ understandably.

Phil is more willing to tell the whole story behind Bloodline, however; âBloodline was written the day my Mum passed away last year after an intensely brief battle with Cancer. The lyrics were written in the car home from the hospital and the music as soon as I got back to the family home in the Highlands, on a shitty old acoustic guitar. When we started playing it as a band it just became this ferocious way of purging my hate for the disease. Quick and Brutal. Just like my experience with the illness itself. It's a song about hope and reflection.â