I Can't Carry On 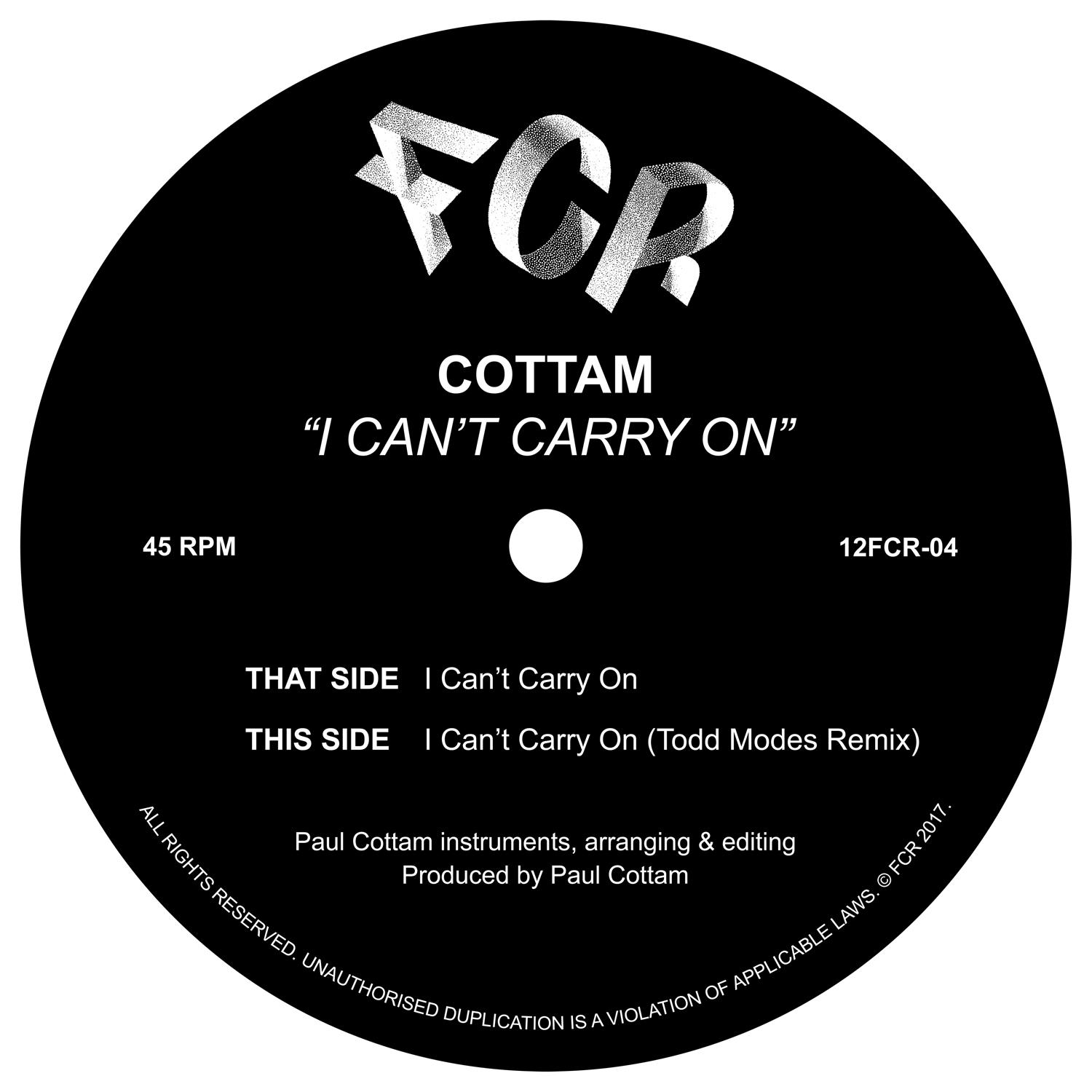 FCR’s first release is scheduled for 22nd September 2017; the deep future classic ‘I Can’t Carry On’ by Cottam, accompanied by a remix from Detroit’s Todd Modes on the flip.

'I Can't Carry On', is a proper Chi-style-deep-house-classic-in-the-making, whose layers subtly build over 12 immersive minutes. With a raw driving bassline, deep strings and killer underground vocal sample, it stands up easily against early Ron Trent and Lil Louis favourites.

Since then, Cottam has concentrated on developing his own style of sub-aquatic acid house - remixes for Luv Jam on Phonica's label, Pattern Select on Delusions of Grandeur and Morning Factory on 20:20 Vision offshoot Fina have complemented original tracks on Quintessentials, Wolf Music, German undercover label Story and the summer anthem 'Sunrise Sunset'. The journey continues with his most accomplished tracks yet on the Deep Deep Down EP for Aus Music and a remix for Geoff Leopard on Endless Flight

A burgeoning career behind the decks has seen Cottam DJ around the world from London & Ibiza super clubs to the dirtiest basements of Berlin and Manchester.