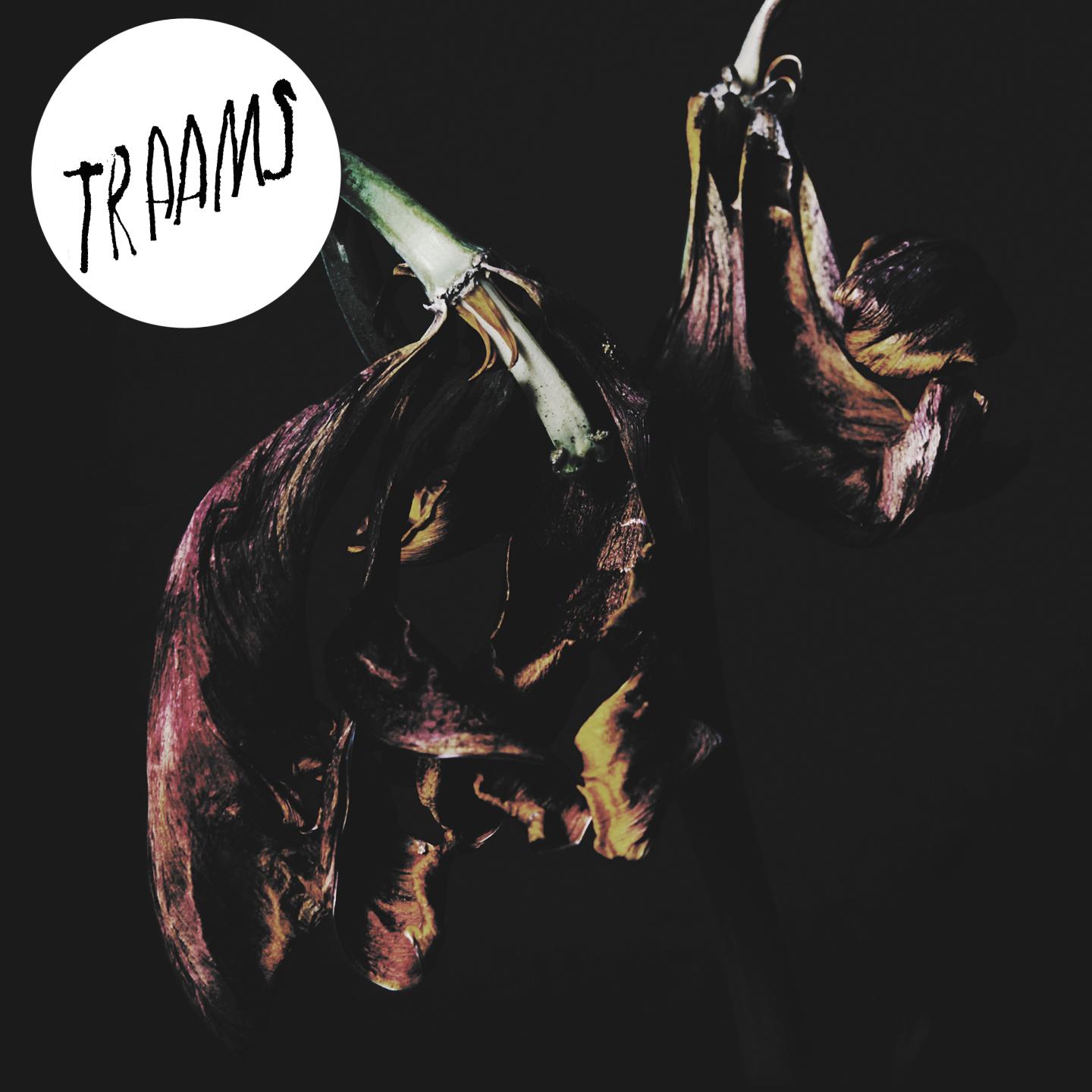 Recorded throughout 2012 and 2013 with producers Rory Atwell and MJ from Hookworms, the aptly-titled 'Grin' is eleven tracks of pure distorted joy.

New single 'Flowers' was premiered by SPIN and The Fly, all taut guitar hooks and spring-loaded basslines.

Starting off with 'Swimming Pool''s sonorous, atmospheric welcome, 'Grin' twists and turns it's way through shards of hooky indie pop on 'Flowers' and 'Fibbist', plunging into darker krautrock depths on 'Klaus' and the title track. The album successfully captures the raw energy of TRAAMS' frenzied and sweaty live performances, as witnessed at The Great Escape, Tallin Music Week and gigging withParquet Courts and Hookworms. The latter show lead The Fly to proclaim "we fell for their swirling White Denim-referencing tunes and brave experimentalism", with the band enjoying support from early on from their adopted hometown bible The Brighton Source and into the pages of NME, Fake DIY, The Line of Best Fit and Pitchfork ever since.

TRAAMS formed in summer 2011 in Chichester, West Sussex, meeting at a club night that vocalist and guitarist Stu Hopkins started as a reaction to the city's limited nightlife. The only options previously available to him and his friends were ”boring clubs and bars which only played boring club music”. ”There was no incentive to be at these places other than to drink,” he explains, ”we wanted to put something on where we could play the records we liked really loud and have fun”. That same restlessness can be heard in the propulsive rhythms that form the backbone of TRAAMS' delightful krautrock squall. There's a tellingly urgent way that Hopkins delivers his lyrics, especially in songs such as 'Mexico', in which he pleads ”you've got to get me out of this house”. Frustration is obviously a familiar and shared sentiment for the trio and, as 'Grin' showcases, they pour it into their music to create something bristling and vital. Bassist Leigh Padley recently said in an interview that the three band members (completed by Adam Stock on drums) felt compelled towards music as the only means to escape the mundanity of their hometown; ”We had to start a band. It was all we had.”

At his club night Hopkins would mainly play records by Wire, New Order and Le Tigre, supplemented with mainstream pop and hip hop. Similarly, there is a pop immediacy coexisting with an expansive, experimental element inside the music they make themselves. Incorporating the two sides are vital when writing a TRAAMS song, as Hopkins elaborates; ”we really want to push both those areas as far as we can. We like seeing people dance and having fun but we also want to be noisy and aggressive. It's fun trying to strike a balance and seeing how far we can push it.” The band claim Mclusky, Abe Vigoda, Pavement, Television, and Women as influences. Hopkins specifically cites Stephen Malkmus, Iggy Pop, and Tom Verlaine as songwriters he admires because they all make what he calls âskewed popâ, a term that fits TRAAMS' sound snuggly.

TRAAMS work completely collaboratively, each member bringing different sections and parts to the songs which are gradually worked on in the practise space. The band recorded their first set of songs in November 2011 with Rory Attwell and continued to work with the producer throughout 2012 on the bulk of 'Grin'. In February 2013 they recorded more songs with MJ at his Suburban Home Studio in Leeds to complete the 'Ladders' EP, and a handful of tracks on 'Grin'.

Having already shared stages with the likes of Parquet Courts, Dope Body and FIDLAR, TRAAMS are rapidly leaving behind the sleepiness of their humble beginnings and hurtling towards an exciting future.