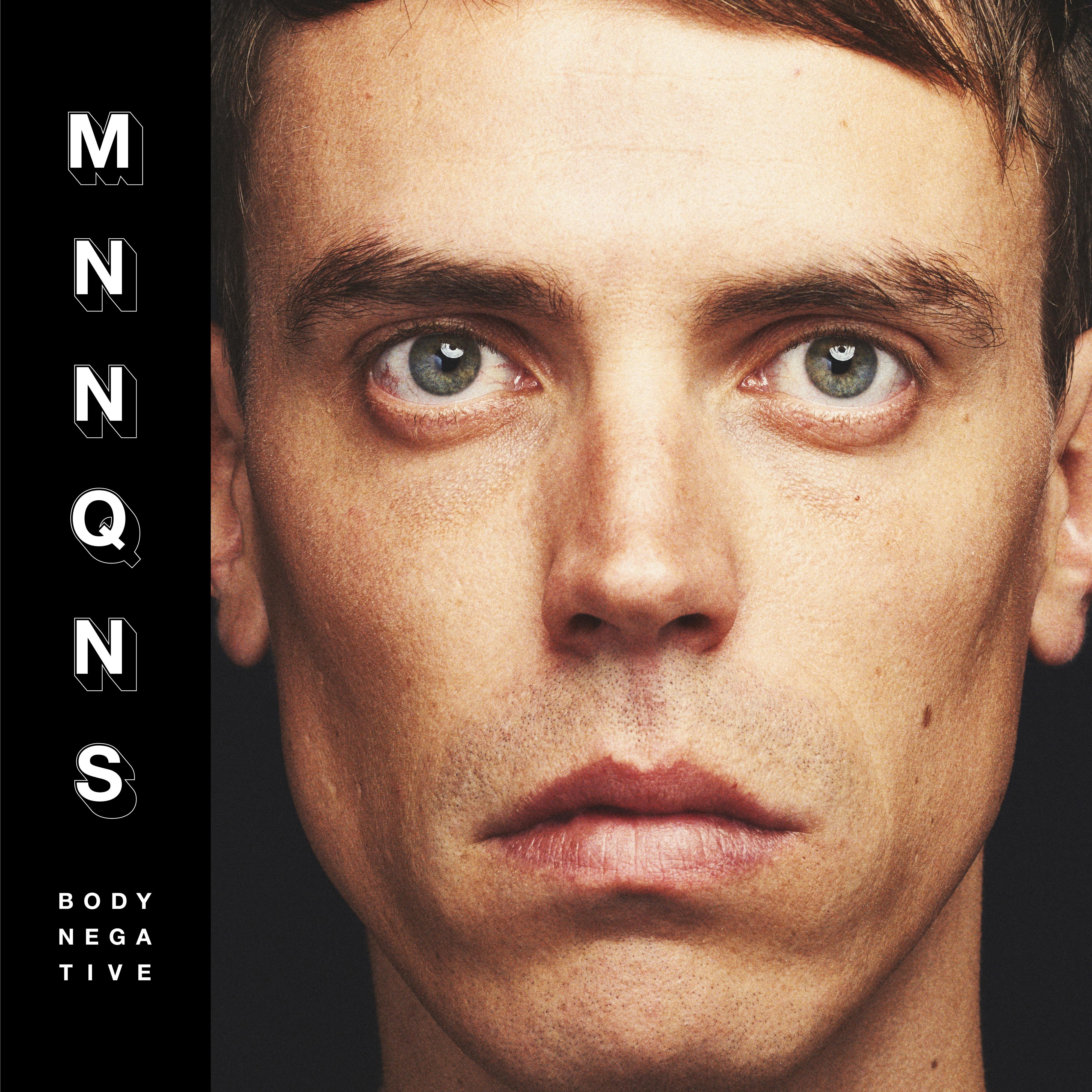 “We’re a rock band that hates rock ‘n’ roll,” says MNNQNS (pronounced mannequins) frontman Adrian D'Epinay. That might sound like a contradictory or even slightly confusing statement to make but once you’ve spent time in the company of MNNQNS’ debut album‘Body Negative’ it soon makes perfect sense.

On the surface the band might resemble a rock band: their music is stuffed with frenetic, jagged guitars that explode in frenzied bursts as pounding drums collide with intense vocals, all of which is carried forward with the charge of youthful spunk and propulsive energy. Yet plunge beneath that surface layer and MNNQNS are evidently a band exploring guitar music with much more depth and breadth than your average. “I like pop, punk or experimental electronic music a lot more than rock,” D'Epinay says. “This is why there are these strange sounds and transitions that come in and out during the album: drones, ambience, drum machines etc.”

The album is a rare record that manages to be both fiery and textural. It combines the charge and speed of a record that resembles a car veering dangerously close to a cliff edge yet also manages to instil a confidence in the ability of the driver. MNNQNS exude a sense of controlled danger and chaos and this permeates throughout their debut. This feverish and unpredictable approach is also represented by the band’s diverse musical tastes and inspirations. If you’ve ever wondered what a record would sound like that shares influences as eclectic as Deerhunter, Death Grips, the Beach Boys, Omni and the films of Jean-Jacques Beineix then wonder no more because MNNQNS debut is the answer.

The band all met in their hometown of Rouen in France, united by a love of post-punk and going to the pub. However D'Epinay also spent some time in Cardiff when he went to study there, throwing himself into the local music and gig scene. This time opened him up to a wider variety of music, as well as impacting on his songwriting.

This unusual hybrid exploration of French and Welsh culture is one of the elements that makes MNNQNS so unique and their music so intent to eschew lazy categorisation. “Many of the things I like in music now come from bands I saw there at that time,” D'Epinay says of his time in Wales. “There were many psych and pop bands, experimental acts, and weird punk music. It impacted on me both musically and visually. I found myself much more at home in Wales than in France. I also learned to enjoy writing alone at that time, which was something new for me.”

Perhaps the exposure to such an eclectic amount of music combined with the environment of Wales stayed with D’Epinay and carried with him into the making of the band’s debut album, which saw them decamp to the French countryside. “It was so great to be able to go out after a few takes and just be surrounded by trees and sheep,” D’Epinay recalls. “You can really focus on the record instead of ending up at the nearest pub every night.”

Such a sense of determination and focus is apparent on the record throughout; whether it’s the post-punk assault of “Wire (Down to The)”, the harmony-soaked pop swing of“NotWhatYouThoughtYouKnew”, the deeply textural explorations of “Stagnant Pools”- which combines seamless melody with an urgency that resembles This Heat - or the kick-down-your-front-door charge of “Urinals”. This duality of harmony and discordance that exists on the record is something that D’Epinay feels when he reflects on the recording process. “Some tracks make me want to go out and dance whilst others remind me of being totally alone in the countryside. Listening to the record is like being pushed away from the city and then dragged back in.”

Despite only releasing their last EP in 2018, the sense of evolution, growth and identity that exists on their debut feels distinct. “We took advantage of the format,” D'Epinay says of their album. “An LP means that you can take the listener into deeper parts of your music than an EP. I mean you still have to grab people's attention but if you have it then it's up to you to build something around it. The music has changed from our last EP in the way that we’ve found our tools by incorporating jangly 12-string guitars, dry drum sounds, tape manipulation, strange DIY pedals and sometimes monophonic synths.”

This newfound sense of focus, harmony and firing on all cylinders also comes from the band finding a groove amongst their personnel. “There has been many line-up changes since I started this band,” says D'Epinay. However, the now rock-solid group also featuring Gregoire Mainot (drums), Félix Ramaën (bass) and Marc Lebreuilly (guitar), are helping bring to life the simple but potent vision D'Epinay has always had for MNNQNS. “They really share my love for writing pop songs and experimenting with new sounds and textures.” And of course they are also a rock band that hates rock ‘n’ roll.