SIDE A
A1 - Physical Life
A2 - Natural Vibrations

SIDE B
B1 - Fearing The Mind's Fears
B2 - Conscious Awakening 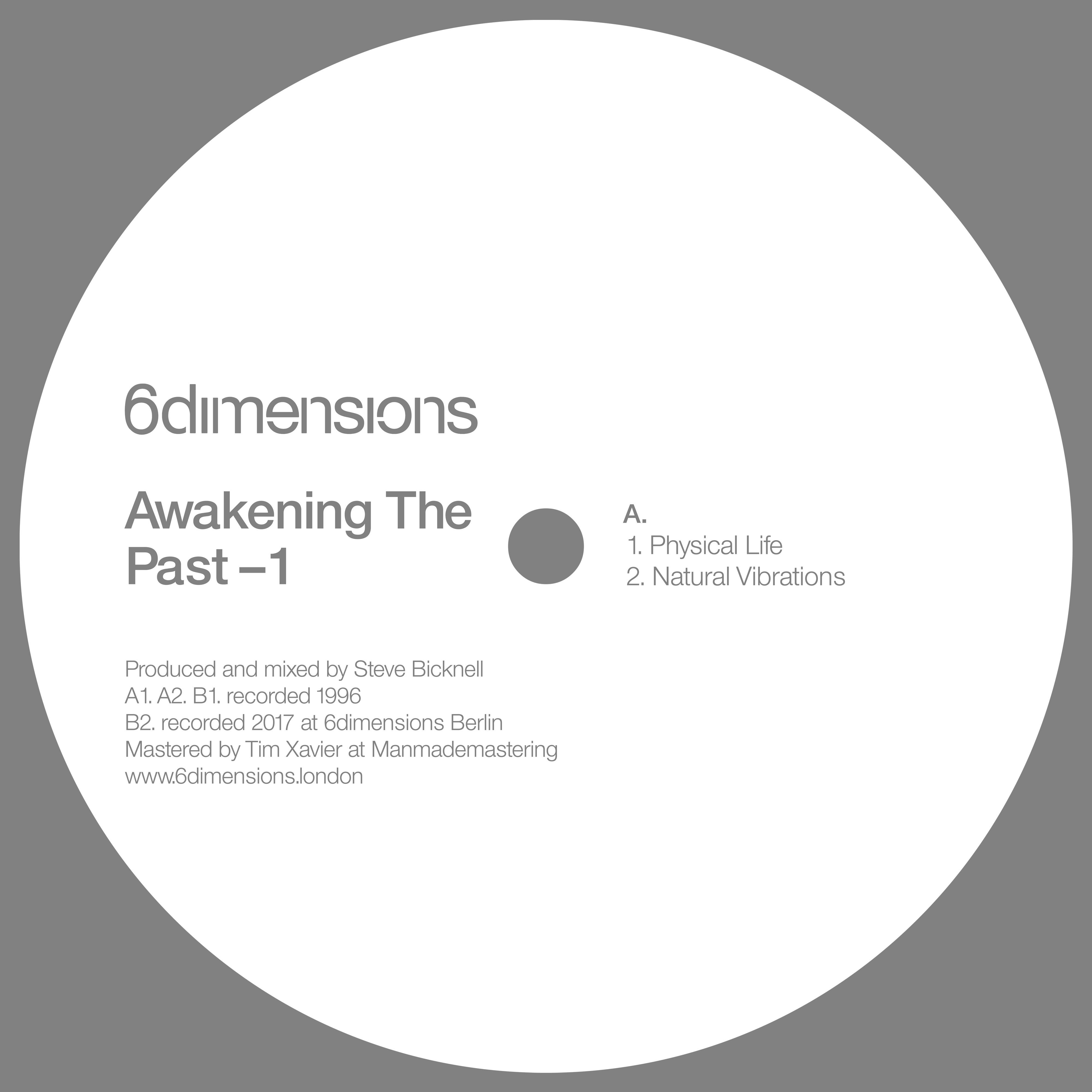 For the fourth release on 6dimensions, Steve Bicknell has delved into the catalogue of the Lost Recordings series on his previous imprint; Cosmic.

Steve Bicknell’s Awakening The Past feature three tracks from Why? And For Whom?, the first of Bicknell’s Lost Recordings releases. Originally released in 1996, Why? And For Whom? Has been named one of the best UK Techno records of all time with Bicknell being billed as a “criminally underrated producer”.

With the re-release of these tracks in 2017, it is clear to see that the tracks have stood the test of time. All four-tracks on Awakening The Past were previously untitled but have been renamed with a focus on the human condition. With the 6dimensions label being founded on the principles of the ‘human mind’s natural make-up’ it seems a natural decision to rename the tracks to suite the label ethos.

Although one quarter of Awakening The Past was released 20 years ago, Bicknell’s focus on mood shows coherence between his work then and now. The era of production can be distinguished in the EP, however, this is only eminent through a difference in recording technique. More importantly, the mood of older and newer productions are indistinguishable from each other and display Bicknell’s unrelenting dedication to his own focus on concept of aesthetic.

‘Physical Life’ opens the EP with a rawness that is carried through the EP. With tape hiss underpinning the track, Bicknell’s signature bass grumbles hold together hi-hats which progressively filter in and out over the course of the track. Bicknell’s use of filters carries through onto the second track of EP, ‘Natural Vibrations’ boasts an erratic and high-pitched 303 sequence that shows a bit of experimentalism before the EP steps back into Bicknell’s more familiar techno odysseys. ‘Fearing The Minds Fears’ paints a tense atmosphere, lashings of motoric modular synth are added with little fuss as the track title confirms its significance. Finally, ‘Conscious Awakening’ drives the EP to a close with dizzying pace: it’s here that Bicknell’s ability to control the emotion of the listener is really evident.