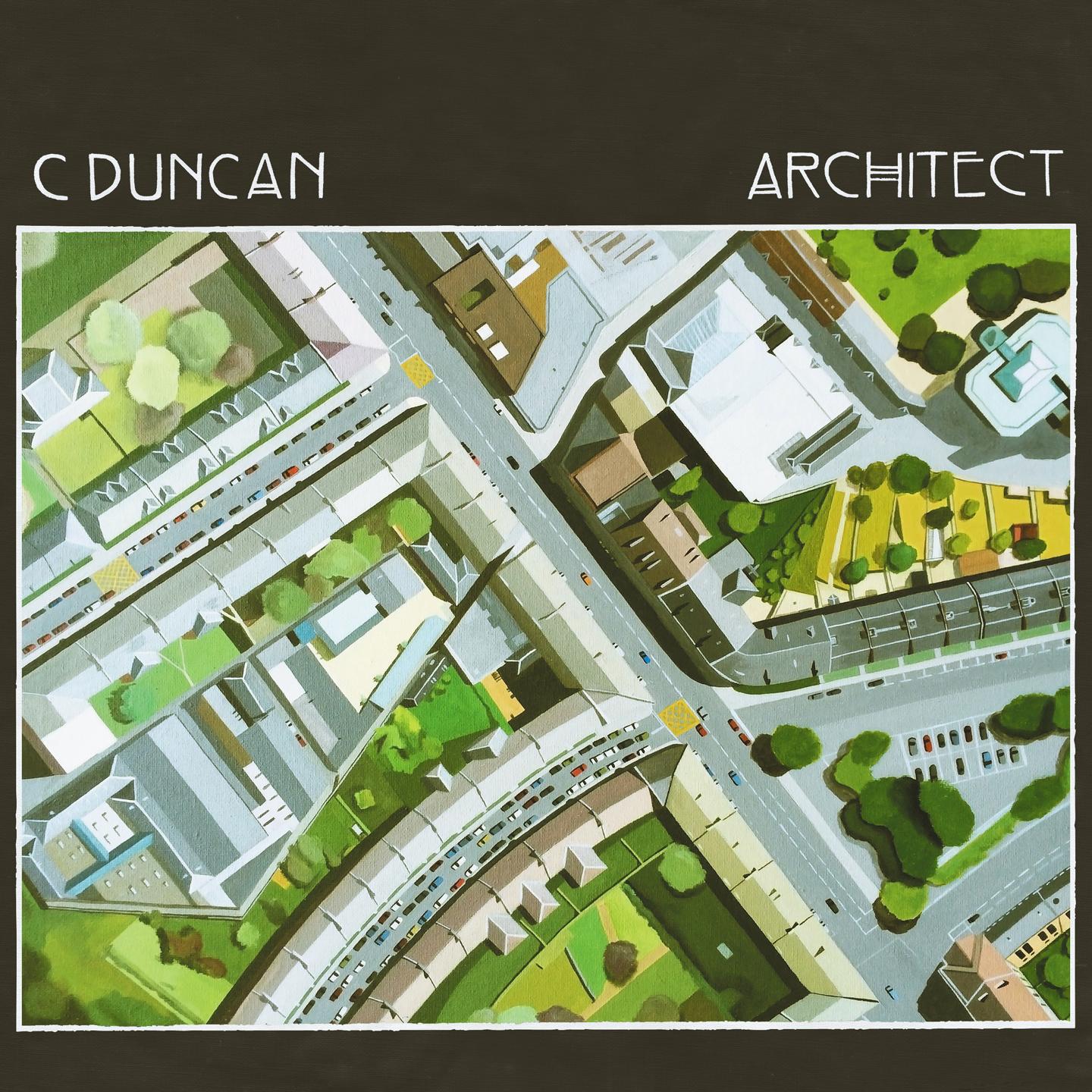 Architect is the debut LP from Glasgow's considerable new talent C Duncan, whose previous singles (all present on Architect) enjoyed high praise across press and radio. Lauren Laverne, Huw Stephens, Vic Galloway, Ricky Ross, Clive Anderson on Loose Ends, Radcliffe and Maconie, Steve Lamacq are all firm supporters, and The Guardian, NME, Stereogum, Les Inrockuptibles (among plenty of others) have featured Christopher's music. The singles were playlisted on BBC 6Music, Amazing Radio and European radio networks. Belle & Sebastian have invited Christopher to open at their Somerset House headliner shortly before Architect's release, and The Blue Nile the same for a special performance at the Edinburgh Festival.

Architect showcases a huge breadth in Christopher's songwriting abilities. Lead singles ”Say” and ”For” are characterised by their gentleness and warmth, while ”Garden” (released as a single with the album) is bright, sunny, irrepressible. On the other side, ”By” and ”Novices” draw more overtly from Christopher's interest in electronic music and modern composition. He references The Knife and Arvo Pärt as willingly as Burt Bacharach and The Carpenters. Add to that shades of Talk Talk, Fleet Foxes, Grizzly Bear, The Ink Spots and the classical and choral compositions of Maurice Ravel and Gabriel Fauré, and a picture of the record collection that informs Christopher's music starts to become clear.

Christopher wrote and recorded his album alone in his Glasgow flat on a bedroom studio setup, gradually adding each layer and each instrument one at a time, building up the breadth of the pieces. Though time-consuming, the process allowed for Christopher to lovingly assemble the intricacies and subtleties for this astonishingly intricate and subtle collection of music. As a composer, he is classically trained, graduating from the Royal Conservatoire of Scotland - another influence clearly visible in his songwriting, in its fully-formed textures and meticulously crafted arrangements.

The son of two classical musicians, Christopher was drawn so persuasively to indie and alternative music and playing in school bands as a teen that he added guitar, bass guitar and drums to his existing repertoire of viola and piano, studying all five instruments at the same time.

Christopher recently formed a live band to perform his pieces onstage. A full tour schedule, including festivals across the UK and Europe, is available on FatCat's pages and his own social networks.

The cover art for Architect, a detailed and stylised aerial view of a Glasgow side street, was created by Christopher himself. A skilled and accomplished artist, his work has been exhibited at galleries around Scotland.