Both prolific composers in their own right working within the field of modern composition / new electronic music, Berlin-based Yair Elazar Glotman and Stockholm-based Mats Erlandsson have been collaborating since 2015. The first manifestation of their work together came on the album ‘Negative Chambers’, released on Miasmah Recordings in 2017, which saw them exploring new approaches to the use of traditional acoustic instruments. Signing to FatCat’s 130701 imprint in late 2019, the pair’s latest recording ‘Emanate’ is a powerful and stunningly executed work that utilises a fantastic ensemble cast and continues to explore their ideas of a 'displaced sound’ - combining electronic and acoustic sound sources through both analog and digital means to create an ambiguous composite work, a music that sounds neither clearly electronic nor acoustic, existing instead in some in-between space.

Born in Tel Aviv, Berlin-based composer, musician and sound artist Yair Elazar Glotman studied at Berlin’s University of the Arts (UDK), training in both classical music as an orchestral double bass player and in electroacoustic composition. With both traditions informing his practise, his work employs a range of improvisation, extended contrabass techniques alongside a special interest in textural and spatial compositions and in combining analog and digital processing. Besides regularly releasing and performing his own music, Glotman’s focus in recent years has been in composing for film and media. He worked closely with the influential, late composer Jóhann Jóhannsson, most notably writing additional music for 'Mandy' (2018) and co-composing 'Last and First Men' (2019). Glotman has also worked with composers including Hildur Guðnadóttir, Ben Frost, Geoff Barrow and Ben Salisbury, Dustin O'Halloran and Hauschka. Besides film and TV, he has composed for dance and opera, including designing the Soundtrack for the Royal Opera House in London’s production 'Mamzer' (2018). Besides his joint releases with Erlandsson, Yair has released albums under both his own name and the techno-based alias, KETEV. 2019 also saw him collaborate with Icelandic composer Viktor Orri Árnason on the album ‘Vast’. His work has been released on labels including Bedroom Community, Miasma and Subtext.

Born in Örebro, Stockholm-based composer, musician and sound artist Mats Erlandsson is part of the vibrantly reemerging field of drone music in the Swedish capital, where he studied composition at the Royal College of Music, receiving a Master’s degree in Composition of Electronic Music. In addition to his own artistic practice, Erlandsson works as studio assistant at the city’s world-renowned Elektronmusikstudion (EMS) - one of Europe’s foremost institutions of electronic music experimentation.

Erlandsson presents his work both as a solo artist and in collaborations. In 2018 the artist and choreographer Erik Berg commissioned Erlandsson to score his work, ‘Unfortunate Desires’, which premiered in the spring of 2019. His recent releases include the solo albums ‘Hypodermic Letters’ on Portals Editions (2018), ‘4-track guitar music’ on XKatedral (2018), ‘Selective Miracles’ and ‘Valentina Tereshkova’ on Posh Isolation (2016), and together with Glotman, ‘Negative Chambers’ on Miasmah (2017). 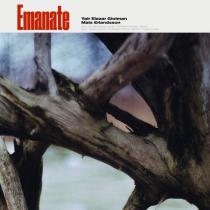 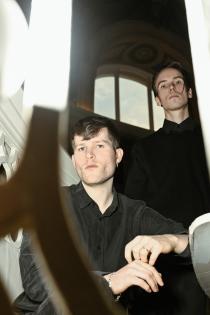 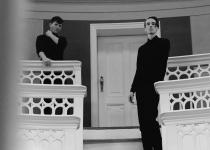