Having been active since the late ‘90s, Sylvain Chauuveau is an unsung pioneer of a now burgeoning post-classical scene. He was making elegant post-classical compositions years ahead of the pack, getting there before much heralded current peers like Max Richter, Nils Frahm, Olafur Arnalds, Dustin O'Halloran, or Goldmund. His third album, the gorgeously minimal ‘Un Autre Décembre’ (recorded in 2001) was the second release on FatCat’s 130701 imprint and, arriving a year ahead of Max Richter’s ‘Blue Notebooks’, and played a huge role in helping define the label’s identity.

Sylvain Chauveau was born in 1971 in Bayonne, France, and currently lives in Brussels. After several years singing and playing guitar in rock bands, Chauveau decided, in 1998, to dedicate his time to a solo project with three main ideas - staying as close as possible to the abstract beauty of 'silence'; making sure that each sound committed is absolutely necessary; and finding his own roots within his cultural and personal history.

Chauveau's 2002 album 'Un Autre Décembre' was the second release on 130701. Prior to this, he had previously released two albums under his own name ('Le Livre Noir du Capitalisme' - 2000, and 'Nocturne Impalpable' - 2001). Following 'Un Autre Décembre' - a gentle and restrained study of micro-textures in the post-classical field - Chauveau continued recording and releasing music with several labels such as Sub Rosa, Type, Creative Sources, and Les Disques du Soleil et de l'Acier - most of which featured very minimal compositions for acoustic instruments, electronics and vocal. In November 2012, Sylvain released 'Simple', his second album for 130701 - a diverse, yet fully cohesive collection of of out-of-print, rare, and unreleased tracks composed for cinema between 1998-2010. In 2020 the album will be reissued in a remastered, first-ever vinyl edition. Chauveau’s work here sounds as fresh and relevant today as it did when first created and we believe that its author is long overdue some recognition and a reappraisal of his role in helping prepare the ground for today’s scene.

An established film and dance composer in his own rights, Chauveau also plays in the collaborative outfits ensemble 0, On, and in the cinematic avant-rock band Arca, and in collaborations with the much-loved Felicia Atkinson. His music has been praised by numerous peers - Ryuichi Sakamoto listed ‘Nocturne Impalpable' as one of his top 5 records in a 2002 feature; Hauschka and Peter Broderick have admitted his influence, whilst Jóhann Jóhannsson, Adam Wiltzie (A Winged Victory / Stars Of The Lid) and Fennesz have all expressed their enjoyment of his work. 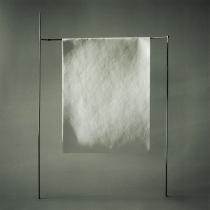 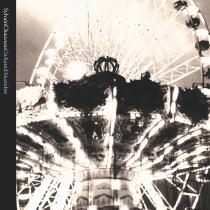 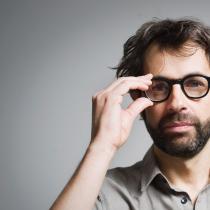 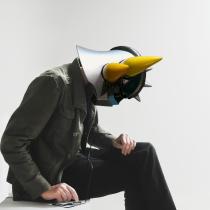 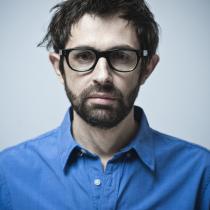 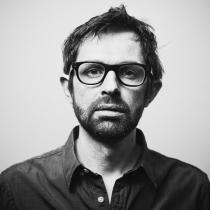 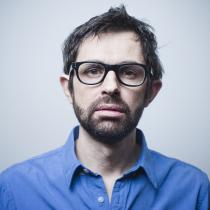