A tireless creator, promoter and organiser, Steve Bicknell has remained deeply engaged and highly active within an underground electronic music scene he has helped shape and inspire since the early '90s. Hosting a legendary, long-running series of cutting-edge club nights, running a number of record labels, working as a DJ, producer and remixer, he has functioned as both a visionary vital connector, ambassador and creative participant progressing techno in the UK and abroad through a forward-thinking and rigorously uncompromising attitude.

Growing up in London in an environment steeped in dub, Blues parties, warehouse events and pirate radio, in his late teenage years Steve began building a sound system based on the Reggae systems he regularly came into contact with. This led to Steve being asked to play at friends' parties, and putting on his own parties, including hosting nights in the crypt at St Martin In The Fields church. Starting out playing jazz funk, hip hop, rare groove, dub and reggae, the 1988 explosion of Acid House made a huge impression, its radical energy and expansive sense of possibility re-firing Steve's imagination and intensifying his creative urges. Steve's soon became a resident alongside DJ alongside Fabio and Grooverider at Energy one of the massive 'Orbital' raves that took place in locations around the M25 motorway that orbits London for vast crowds of 15 - 20,000. With interest snowballing, he secured numerous other residencies. ID Magazine's 1990 World Tour, The Wag Club, Solaris, The Brain, and The Zap, participating in many of the events that have gone down as defining the history of UK club culture.

In 1991, Steve and Sheree Rashit set up the LOST parties, which would rapidly become seminal, scene-defining events. One of the longest-running and most respected underground techno nights in the UK, LOST events propagated a fertile and progressive collaboration between DJs and producers that pre-empted the meteoric rise in profile of Detroit and Chicago-derived techno and its principal participants. Many of the artists now acknowledged as guiding forces of the scene were initially nurtured, encouraged and empowered by the LOST nights and their rapidly-growing following. Over its 25 years of existence at various locations around London, LOST has marked the UK debuts of some of dance music's most uncompromising and inventive creators. Luminaries such as Jeff Mills, Richie Hawtin, Basic Channel and Robert Hood all gained their first ever UK bookings at Lost. Other regulars and include Juan Atkins, Derrick May, Laurent Garnier, Dan Curtin, Daniel Bell, Stacey Pullen, as well as homegrown talents Luke Slater, Dave Angel, Insync, James Ruskin, Oliver Ho, Steve Stasis, Mark Broom, Andrea Parker, Bandulu, Mixmaster Morris, The Black Dog, and Autechre. Jeff Mills became a regular and has remained a very close friend and working partner.

Lost may not have been the first or only London club event pushing the emerging sounds of pure techno at the start of the '90s, but Lost completely unique, there was no event like it before or after. Meticulously curated with a rock-solid conceptual underpinning, the nights were marked by consistently incredible line-ups, by the fostering of a number of exclusive performances and live collaborations, and crucially by the way Steve and Sheree took ownership over the spaces within which the events were held. Unlike any other techno nights at the time, instead of simply plugging into established purpose-built nightclub spaces and using their pre-existing sound systems, lighting and decor, the founders of LOST sought out a series of more interesting spaces (largely industrial in nature, including film studios, railway arches, warehouses, and London's only lighthouse) in which to host events they could assume full control over, creating an environment that would perfectly complement the music, and reinforce their guiding ethos. A very raw, minimal aesthetics was centred upon darkened rooms, excellent sound, and the idea that nothing should detract from the music. In a reversal of the promoter's usual urge to build up decoration into a dense, eye-grabbing patchwork of colour and imagery, LOST stripped everything right back to bare brick walls and concrete. Often setting up their own bars in DIY fashion, overt branding and corporate sponsorship were rejected. Setting a high quality control bar, and expressing its innovative creative vision with huge integrity, LOST remained deep below the burgeoning slickness of megaclub culture or the bloated cartoon character that rave was becoming. Their identity is presented with a similar rawness. Any visual material for the records and events was equally minimal and immediate - handwritten with barely any imagery and no fancy packaging. In one small, pure visual concession the multiple rooms were themed by a single colour wash of light. LOST's essence is summed up by Steve himself: "the focus is on the music without distraction, a deep, dark box in which you can get LOST in the sound."

In the early '00s the frequency of events calmed down Steve and Sheree began to expand their range adding new events like the tribal-oriented Burundi at The End, the more abstract Chiaroscuro parties which took place at various locations, and also the smaller, more intimate and relaxed 'Spacebase' parties, which for over fifteen years were held intermittently around London, with the express purpose of allowing Steve and other DJs to produce more eclectic, adventurous sets and to take a break from the scale and intense demands of LOST. Between 2007-2012, the night was placed on hiatus, before LOST reopened its doors again in November 2012.
Throughout this period, Steve has worked as a DJ and has also used his knowledge of direct audience response at LOST to help guide his work as a producer. Simultaneous with the rise of the early events, Steve released his first recordings under the guise of 'Lost' on first Paul Oakenfold's Perfecto label and then Nova Mute. But his sound took a huge step forward when he and Sheree set up their own label, Cosmic records in 1993, to release a stream of his own productions as well as subsequent material from Mark Broom, Jay Denham, Robert Hood, Juan Atkins, DJ Funk and DJ Rush, Tyree Cooper, Dj Deeon and Dj Milton Included within the Cosmic discography were a series of 12"s titled Lost Recordings - tracks which Steve produced specifically for the LOST dancefloor. Cosmic subsequently expanded to include two sub-labels - the more Chicago house-focused Clubtracks, and ID(entity), an imprint allowing prominent producers with a close affinity to the Cosmic/Lost sound to work under alternative guises. The whole output of this family of labels could essentially be seen as a recorded continuation of the musical and artistic guidelines of the club nights.

As a DJ, Steve has played at clubs, parties and events throughout Europe, Japan, Australia, America, including The Rex, Liquid Rooms, Rockets, Precious Hall, Yellow, module, Unit, Sonar Festival, Zouk, Tribal Gathering, Tresor, Bugged Out; Ostgut , Slam, Pure, Berghain and the British arts council. As a producer he has recorded under both his own name and several aliases (The Evader, Kim Bilir, S.B. Project), and as a remixer he has redefined tracks for Joey Beltram, Luke Slater, Plastikman, Dj Rush, Hauschka, The Advent, Teste, The Fisherman, Terence Fixmer, Dustin Zahn, Blazej Malinowski and Planetary Assault Systems. Steve has also produced soundtracks for Arts Council theatre productions and for documentaries. The Cosmic records returned 2014 marking a number of new Bicknell Lost recordings releases and In 2015 Steve released 2 tracks, over 2 vinyl only EP's on Ostgut Ton as part of Function's official Berghain 07 mix. 2016 Steve's produced exclusive tracks for Dave Sumner/Function's infrastructure NY, 25 years of Soma, James Ruskin's blueprint 20 years. 2016 along with Luke Slater and Dave Sumner the collaboration project LSD was formed and Steve launched his new label November 2017 6dimensions focusing on a philosophy of the human mind.

Steve Bicknell's productions and LOST has influenced a whole generation of electronic musicians. Yet despite the huge success of both Lost and his personal development as a DJ and producer, Steve has retained a palpable sense of humility and a true groundedness in everything he does. Like the rugged, minimal sound that LOST became known for, the events (and in extension all of what Steve has stood behind), have been indelibly marked by a progressive and uncompromising attitude. There is a pure vision, a complete engagement and deep immersion in the fabric of the music that disregards shallow peripherals and vagaries such as celebrity, fashionability, and kowtowing to media/commercial interests. Steve has remained connected to the roots, eschewing the mainstream, sticking firm to ideals and principles. Steve's approach has been devoid of posturing or clamouring for attention. It has never been about following trends, but the formation of his own solid identity - an unswerving, singular vision guided by a deep and enduring devotion to the music that inspires him and a desire to present it in the purest way possible, allowing the listener to think and to feel for themselves, unburdened by external association. 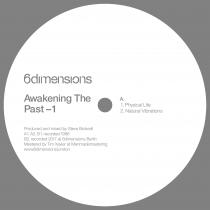 Steve Bicknell
Awakening The Past 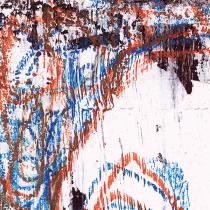 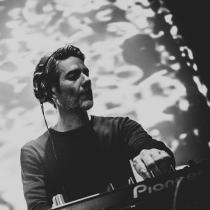