Originally from Toulouse and currently based in Montreal, Olivier Alary is a highly talented French composer. Having released albums previously under the name Ensemble, since 2012 Olivier began to concentrate his focus on composing material for film and exhibitions. having previously collaborated with Björk, Nick Knight, Doug Aitken, Chanel, the NFB and the Centre Pompidou amongst others, in June 2016 Olivier was signed to 130701, with his first track for us appearing on the 'Eleven Into Fifteen' compilation a month later, and 'Fiction / Non-Fiction', his debut under his own name released in early 2017.

Having completed a degree in architecture in the late '90s, Olivier moved to London to study electro-acoustic composition at Middlesex University and began his musical career. Initially working under the name Hearing Is Our Concern, he was actually the first person the newly-founded FatCat label ever received a demo from. We talked with him for a while about putting a release out, but Olivier wanted to work further on his tracks and in the end nothing happened. In '98, the name was changed to Ensemble and his first album, 'Sketch Proposals' was released on Aphex Twin’s Rephlex label in 2000. The record gained a small, dedicated audience, which included Bjork, who drafted Olivier in to work with her. In 2002, Ensemble's remixes of Bjork's 'Sun In My Mouth' and 'Cocoon' were released as b-sides. Their collaborative relationship led to Olivier's co-writing of the song 'Desired Constellation' on Bjork's 2004 album 'Medulla', and more remixes on her 'Triumph of a Heart' single.

In 2006, an eponymous follow-up to 'Sketch Proposals' was released on FatCat, meshing symphonic walls-of-sound with intimate folk-pop vocal pieces and featuring vocals by Chan Marshall (Cat Power), Lou Barlow (Dinosaur Jr.) and Mileece, with arrangements by Johannes Malfatti, performed by the Babelsberg Film Orchestra. In 2007, Olivier contributed a remix on The Twilight Sad's 'And She Would Darken The Memory', and in 2010, a final Ensemble album 'Excerpts' was released, again on FatCat.

Since 2008, Olivier has provided soundtrack for more than twenty feature-length fiction films and documentaries, some of which have received prestigious awards and screenings worldwide (Cannes, Berlinale, Sundance, TIFF, Locarno).

Musically speaking, Olivier explores the “grey areas" between noise and musicality and likes to blur the boundaries between what is acoustic and what is generated electronically. His recent film work, the material from which his debut 130701 album has been compiled, features the Babelsberg Filmorchestra, The Wroclaw Score Orchestra, The Saint Stanislas Choir, members of the Warhol Dervish String quartet, pianist / arranger Johannes Malfatti, saxophonist Erik Hove and many other musicians from the hyper-dynamic Montreal music scene. 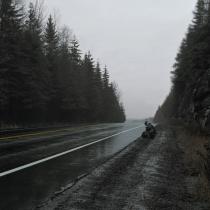 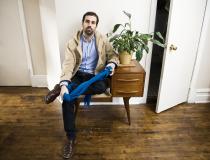 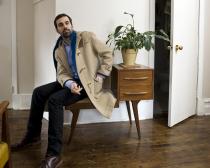 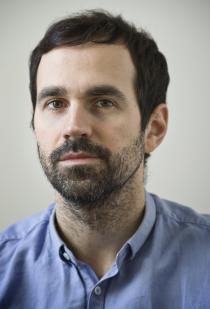