Sound artist, award-winning printmaker, classically-trained vocalist, writer, photographer, composer and performer, Ian William Craig currently resides in Vancouver. His visual and sonic research has been exhibited and published internationally, and he has participated in various residencies and performances across his native Canada and beyond.

Drawing out analogies between his dual practices of music and print-making, Ian's work is deeply informed by a narrative of impermanence, "notions of life as an act of becoming, and beauty within degradation and deterioration – these have been kernels that I've been really drawn to … When I listen back to my compositions and I look at the art I create,¬ there's some kind of aesthetic drive or core that I seem to constantly orbit …¬ these becoming forms and notions of decay and circling.”

Craig is currently employed as Print Media Technician at the University of British Columbia. Through research into the physical nature of printmaking, he has become fascinated with the notion of what the process of memory might physically sound like, placing his own body at the centre of this exploration to create sonic spaces that cast physical deterioration as the source of the sublime. A classically trained vocalist, his voice is combined with homemade analogue synths, altered reel-to-reel machines and faulty tape decks to create awe-inspiring cascades of unpredictable decay and beauty where the physical nature and failure of the machines themselves dictates the course of the performance: "tape affectation has been a really generative thing for me, and I really value not just the aesthetic texture that the tape decks impart, but the creative gesture they allow as well. They interject a certain randomness, a certain loss of control that I think is really profound, or at least really important for my own creative process … It is my hope that through such performances, the sound of this forgetting can be momentarily manifested.”

Blending choral, ambient and noise influences together into this customised array of tape decks, Craig moves you over shifting tectonic plates of operatic improvisations, fields of tape hiss and haunting pastoral melodies. Running on a combination of classical vocal training and process-based uncertainty, his music delivers an elegant balance between theatrical and ambient sentiments, by combining the essence of a choral album from Angel Records or Deutsche Grammophon with the distorted spontaneity of experimental home-recording and the likes of Fennesz or William Basinski.

Born in Edmonton, Canada in 1980, Craig grew up playing in a jazz choir and rock bands at high school, followed by an immersion in musical theatre and the choral tradition whilst studying printmaking at the University of Alberta, before having his ears opened to more textural, drone-based music and ultimately winding up exploring his own path as a vocalist and sound artist via a unique train of influences.

After moving to Vancouver following his studies, Ian began creating albums from his new home. His first recordings were digitally self-released via Bandcamp between 2011 and 2013, starting out utilising piano improvisations with FM feedback loops (Meaning Turns To Whispers, 2011), and self-built / manipulated instruments (Heretic Surface and Cloudmarks, both 2012, Theia and the Archive, 2014).

Stunningly textured and vaporous, the majority of these releases are largely voiceless. It was when Craig turned to his background in musical theatre, avant-classical orchestration and the choral tradition for A Forgetting Place (2013) and his first two physical releases, A Turn of Breath (2014) and Cradle for the Wanting (2015), where the real breakthrough would be made, with Ian's voice rising firmly to the fore. Both latter albums were issued by the excellent Californian label Recital Program to widespread critical acclaim, making numerous end of year lists (including Mojo, Rolling Stone, NY Times). As Textura noted, "Craig does something … that's unlike what anyone else is doing in the way he combines hymnal vocal performances that seem as if they might have time-traveled from centuries ago to the present day with boldly experimental sound treatments that feel very much of their time.” Whilst Mojo remarked on "a blissfully disquieting choral suite, moving from the corroded cries of counter-tenor ghosts to a kind of abstract Buckleyesque hearbreak, as if some lovelorn romantic troubadour had been summoned forth from the recording of séances on old shellac 78s."

Signing to FatCat's post-classical imprint 130701 in February 2016, Ian's debut album for the label, 'Centres', was release in July 2016 to widespread critical acclaim, making numerous end of year lists, and was followed by his debut UK/European tour. This was in turn followed up by further EU touring and the release of the 'Slow Vessels' EP, a collection of six tracks from 'Centres' re-recorded as acoustic versions in May 2017. November 2018 saw the release of a between-albums collection of unreleased material, 'Thresholder', which again was brilliantly received, with MOJO describing it as "the sound of celestial awe striking" and Pitchfork as "like Tim Hecker producing the outré Jónsi Birgisson album many expected but never got as Sigur Rós’ star rose."

Ian's next solo album, 'Red Sun Through Smoke' is set up for release on 130701 in March 2020 and will again be backed by tour dates in the UK and Europe. 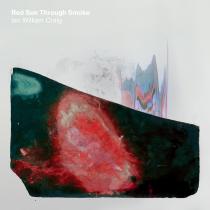 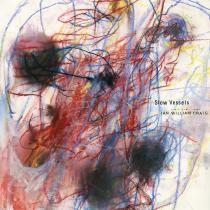 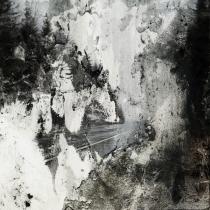 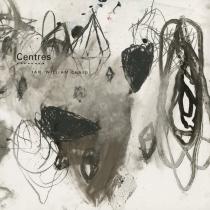 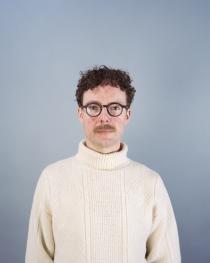 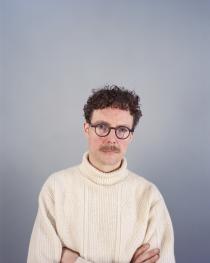 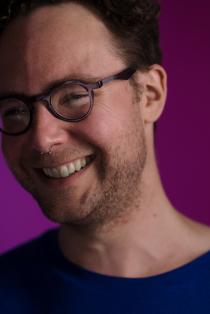