Since then, Cottam has concentrated on developing his own style of sub-aquatic acid house - remixes for Luv Jam on Phonica's label, Pattern Select on Delusions of Grandeur and Morning Factory on 20:20 Vision offshoot Fina have complemented original tracks on Quintessentials, Wolf Music, German undercover label Story and the summer anthem 'Sunrise Sunset'. The journey continues with his most accomplished tracks yet on the Deep Deep Down EP for Aus Music and a remix for Geoff Leopard on Endless Flight.

A burgeoning career behind the decks has seen Cottam DJ around the world from London & Ibiza super clubs to the dirtiest basements of Berlin and Manchester. A studio mix recording can never match the off the cuff ideas and crowd interaction of a live set, that can take in anything from Balearic disco edits to rough techno slowed down to a sexy shuffling tempo, classic house to euphoric disco all mixed with a skill, grace and swagger, topped off with a trademark cap 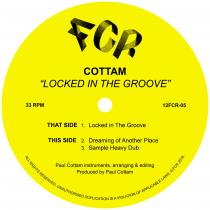 Cottam
Locked in The Groove 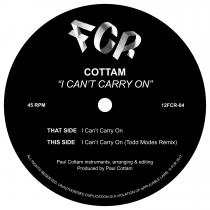 Cottam
I Can't Carry On